2017 CIK-FIA Best-Of: The winning return of Elkmann in Superkart 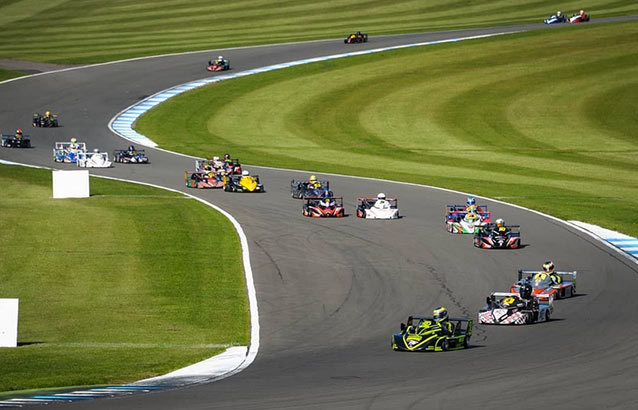 Despite a tight duel between the two contenders, the Czech Adam Kout (MS Kart / DEA) and the German Peter Elkmann (Anderson / VM), the CIK-FIA European Superkart Championship turned to the advantage of the latter at mid-season. Kout could certainly still have been titled in the last Competition, but Elkmann did not make any mistakes in the conquest of his second European title.

Despite everything, Peter Elkmann was the fastest at the first Competition in the United Kingdom. Race 1 saw several twists, starting with the retirement of Adam Kout after gearbox trouble while he was 2nd. It was then Elkmann’s breakdown that animated the race, opening up access to victory to the Belgian Yannick De Brabander (MS Kart / VM). Elkmann and Kout caught up in Race 2 and mounted the first two steps of the podium. With his 3rd place, De Brabander however led in the points.

Again poleman in Holland, Elkmann this time took the ascendancy on Kout in both races, while Andreas Jost (Anderson / VM) managed twice intervene in 2nd position. Faced with several mechanical problems, De Brabander never reached the finish line. Consistent since the start of the season, Liam Morley (Anderson / DEA) took 2nd place in the provisional standings before being disqualified later. Elkmann created some distance in front of his only rival, Kout.

Everything was going to be decided during Race 1 on the Bugatti circuit. Elkmann and Kout ran side by side, but halfway through the race the Czech had to let the German go without being able to challenge him. Morley managed a very good performance in 3rd position, far ahead of Jost. While the track was still wet and the karts equipped with slick tyres, Race 2 was interrupted by the red flag after an incident on the first lap, before being permanently cancelled. Elkmann was crowned European Champion with his total of 100 points, Kout followed him in 2nd place with 80 points, with Morley (68 pts) taking 3rd place.

The second CIK-FIA Superkart Single Cylinder Cup was dominated by the Australian Jordan Ford (Anderson / DEA), victorious on four occasions and totalling the maximum score of 100 points against Britain’s Gavin Bennett (Anderson / DEA) and his 80 points, while his compatriot Paul Platt (PVP / Gas Gas) was 3rd with 70 points. Note that the 250cc single-cylinder is now able to race in the top 10 of the Competition.