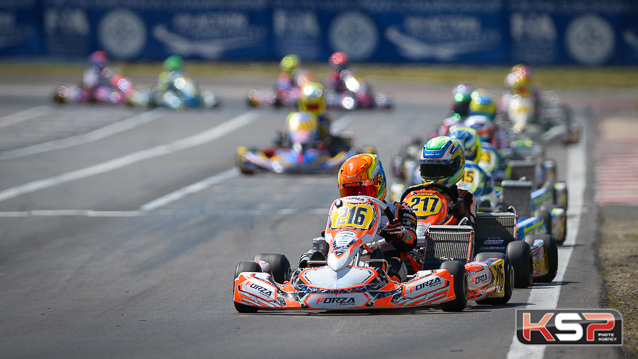 On the 8th of the 17 laps, Edgar was 1.5″ ahead of Bortoleto, followed by 8 tenths by Muth, then Thompson by 1″, in a fight with O’Sullivan. Lulham had reached 7th place and David took 15th place in front of Jack Doohan (FA Kart / Vortex) and Evann Mallet (Exprit / Vortex), both with tyres already worn. Edgar won, on a TM Racing engine, just under a second ahead while Bortoleto resisted the increasingly pressing threat from Muth, who set the fastest lap. Thompson finished 4th, O’Sullivan 5th and Viktor Gustafsson (Tony Kart / Vortex) 6th. Lulham finished 8th with 17 places gained, David finished strongly in 11th place (+5 pl) and Mallet 16th (+6 pl). Rosso, Haverkort and Michelotto are among the big losers of this Final. 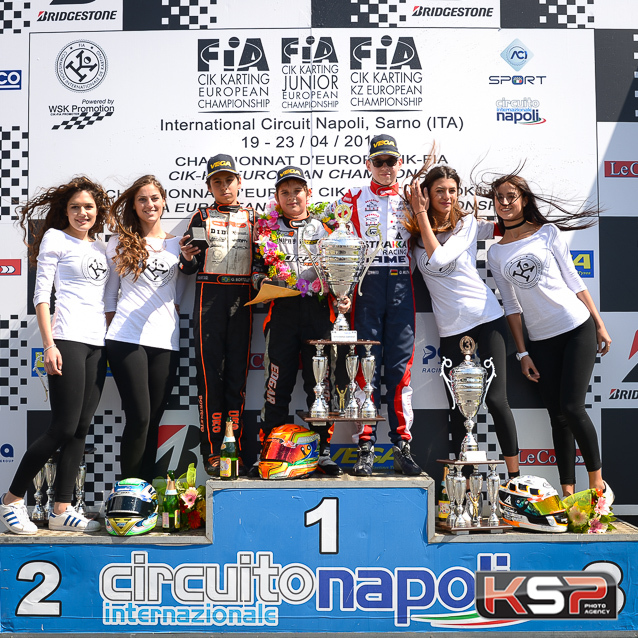