The 2017 CIK-FIA season will start with the first European Championship Competition organised from April 21st-23nd on the Circuito Internazionale Napoli at Sarno, open to the OK, OK-Junior and KZ categories. The list of entries has reached the respectable figure of 179 Drivers thanks to the boost to the OK category resulting from the lowering of the age decided by the CIK-FIA. Other innovations will also come into force on this occasion. 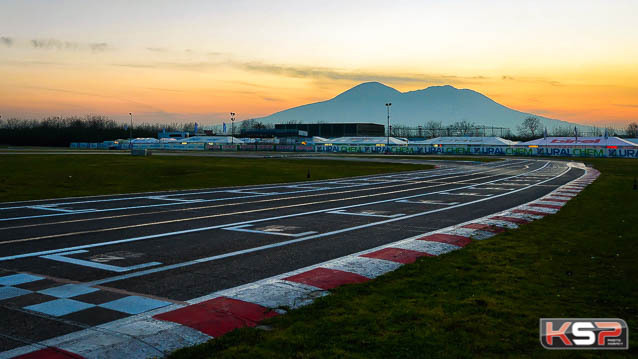 As the flagship classes of the CIK-FIA at the end of 2016, the ages of the Senior and Junior categories without a gearbox were lowered by one year from 1st January 2017 to take account of the fact that Drivers can leave Karting for single-seaters from the age of 15. The objective is to extend the apprenticeship of Karting by one year for the young Drivers and to better prepare for their move to cars. The Races held since the beginning of the season have revealed a renewed interest in the OK category, which is confirmed in the CIK-FIA European Championship with an entry of 77, more than double that of last year.

In practice, the Sarno has a new version of its track, shortened to 1547 m and with a more rolling profile, some will say less technical. It still remains as demanding for the equipment.

A new race format will be introduced with qualification phases limited to the Qualifying Heats, with the abolition of the former Qualifying Prefinals, aiming to reduce the negative impact of a bad performance during this phase and to give greater importance to Finals themselves.