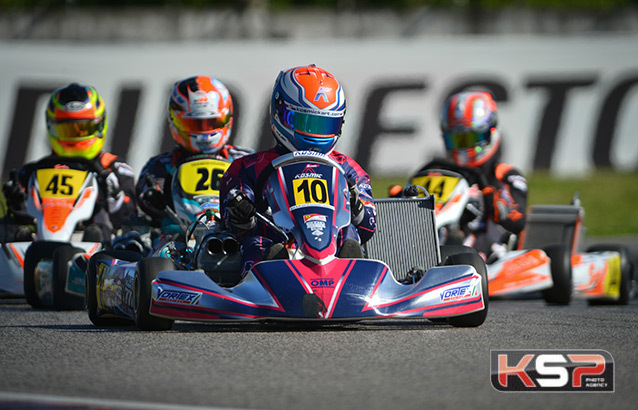 At the start of the Final, Simo Puhakka (Kosmic / Vortex) was overtaken by Jérémy Iglesias (Formula K / TM) on the second lap. The Netherland’s Bas Lammers (Sodi / TM) was 3rd, Anthony Abbasse (Sodi / TM) 4th and Marco Ardigo (Tony Kart / Vortex) 5th. But Patrik Hajek (Kosmic / Vortex) returned strongly in 5th, then 4th position in the following laps. Puhakka took the lead on lap 5 while Tom Leuillet (Sodi / TM) followed Jorrit Pex (CRG / TM) in 8th position. The fastest driver of the moment, Hajek surpassed Lammers and closed on Iglesias while Puhakka retired. Hajek thentook the lead, Lammers also passed Iglesias, then Abbasse followed the same route before passing his teammate Lammers under braking at the hairpin. Ardigo, Leuillet and Loubère were penalized 5” with immediate effect for jumped starts. Hajek distanced his opponents and won the race with the best lap, 2.7” ahead of Abbasse. Lammers, 3rd, won the title ahead of Hajek and Abbasse, with Iglesias finishing 4th on the track and in the points. 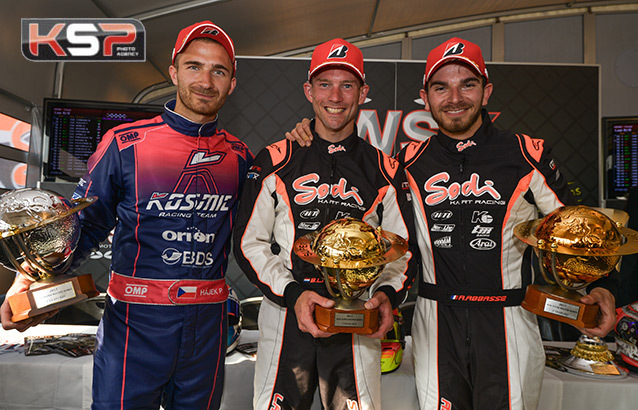