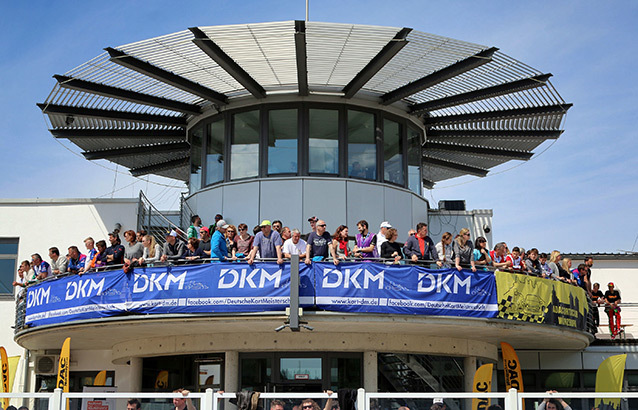 Two starts in Wackersdorf
The highest German kart racing series already presented its racing calendar for 2017 at the end of last year. But the removal of the race track in Hahn/Hunsrück caused a small change. The half-time race is now going to take place at the Prokart Raceland Wackersdorf. The four DMSB grade series are therefore going to be on the track in Upper-Palatine twice. The dates haven’t changed.

The organizers of the DKM put high emphasis on a balanced and challenging racing calendar in 2017 again. There was a question mark regarding the Hunsrückring/Hahn early on though. In the end there was no agreement regarding the future of the track and the DKM has to move.

The half-time race of the highest German kart racing series is now going to take place at the Prokart Raceland Wackersdorf. The 1.197m long track is one of the most modern in Germany and therefore can welcome the top drivers of the four grade series twice. The date doesn’t change though: the third event of the championship is still going to take place from July 07th-09th.

The kick-off to the new season is going to be during the first weekend of May (May 5th-7th) in Ampfing. After that the four grade series DKM, DJKM, DSKM and DSKC are going to travel to Kerpen, where the ranked races three and four are going to take place from May 26th-28th. Two highlights then wait at the end of the year: The drivers are going to drive in Wackersdorf again for the semi-final from August 25th-27th. Two weeks before the Kart World Championship high-class fields of participants can be expected there. The big final event is going to be a premiere: At the end of October (October 20th-22nd) the Championship is going to take place in Italian Lonato for the first time.

The numbers of participants are pleasing as well. Four weeks after the beginning of enrollment more than 50 drivers have already registered. The biggest interest is currently regarding the DMSB Shifterkart Cup, which is going to start into its second season in 2017.