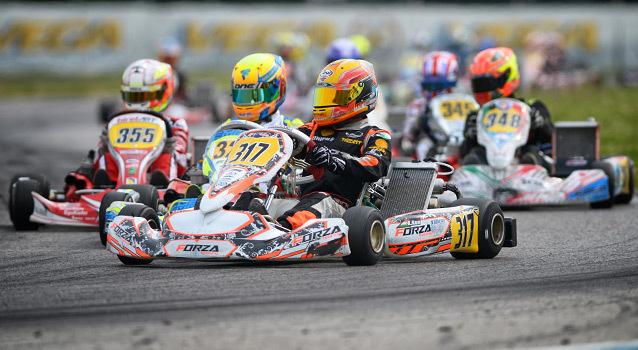 The KF-Juniors still have two races on Sunday morning before they complete their qualifying heats. The unofficial Kartcom intermediate classification allows us to get a good idea of ??the situation. Nothing is settled with surprises among the favourites and a number of possible contenders for the first place, including Kush Maini (Tony Kart / Vortex) who has improved from his 19th in qualifying and two victories. Felipe Drugovich (Kosmic / Vortex) is not far off, followed by Ulysses De Pauw (BirelART / Parilla) and Rasmus Lindh (Ricciardo / Parilla). Although he is 8th, Sun Yue Yang (FA Kart / Vortex) is well positioned as he is the first to have already run all his heats.