Home News International First round of the BNL Karting Series!

First round of the BNL Karting Series! 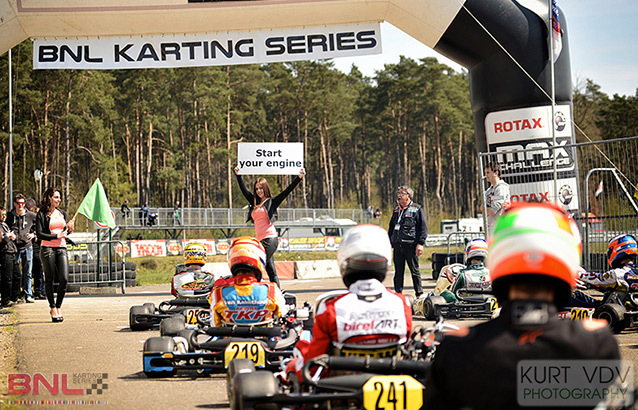 Karting Genk hosted the first round of the BNL Karting Series in the weekend on the 18th and 19th of April. Again many European drivers participated in this high classed championship. By this, the level of racing became much higher than a normal National championship. As we are leaving the track, we will for sure remember the big amount of nice overtakes and fights on the race track!

Thomas Martens was fastest in the field of eight Micro Max drivers. The first race was won by Senna Kortman, Martens took victory in race 2. Martens had a lead which was big enough to end the race 3 in first place, but Zak O’Sullivan took his first win of the weekend in front of Kortman en Van Der Linden in the race 4. In the weekend results, Kortman took victory in front of Martens and Van Der Linden. 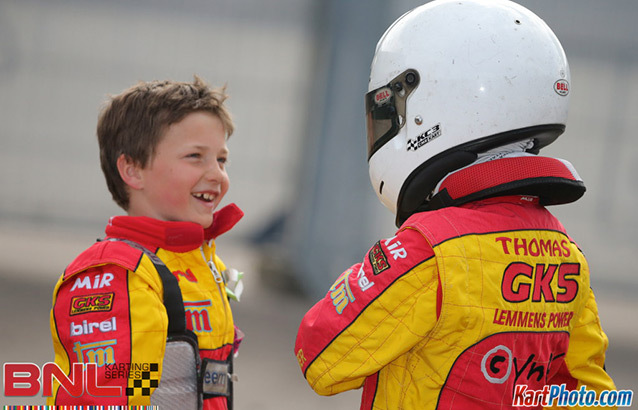 Dutch driver Glenn van Berlo took a nice pole in Mini Max class and took victory in race 1. Dylan Cleeren managed to take the lead in race 2 and was even able to finish in P1. Van Berlo dominated the second day and won both races. Dispite to his ‘bad’ second race, Glenn van Berlo was able to win the first round of the BNL in front of Cleeren en Nelissen.

Jordan Brown Nutley took Junior Max pole on Saturday morning. Danny Kroes drove a hell of race in the first race of the weekend. He stormed to the lead and took a very nice win. Everything changed again in the race 2 which was won by Dylan Buys. After a very good start for race 3, Lars Olofsen managed to stay out of troubles, Buys took P2 in front of Kroes and Nutley. Buys scored a nice win in race 4 and took also the overall win in front of Kroes and Olofsen. 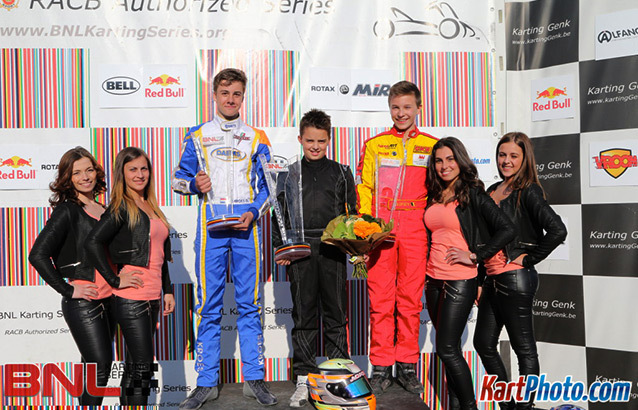 Leonard Hoogenboom was fastest in Saturday’s Senior Rotax qualifying. After the heats, Max Timmermans made a great start and took the lead in front of Hoogenboom who easy passed him for victory during the final of the day while Dylan Lahaye finished 3rd. Hoogenboom again was fastest in the qualifying on Sunday. Louis-Ferdinand Simmenauer en Dave Blom became second and third. After the heats, Max Timmermans took P1 for the sunday final in front of Askew and Richard Verschoor. Timmermans took victory in the first BNL in front of Simmenauer and Vincent Jewell. 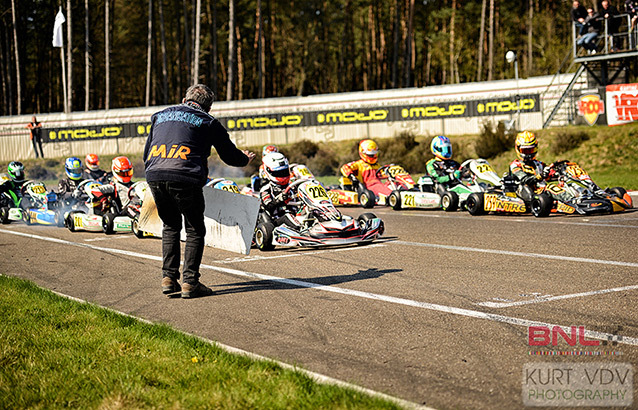