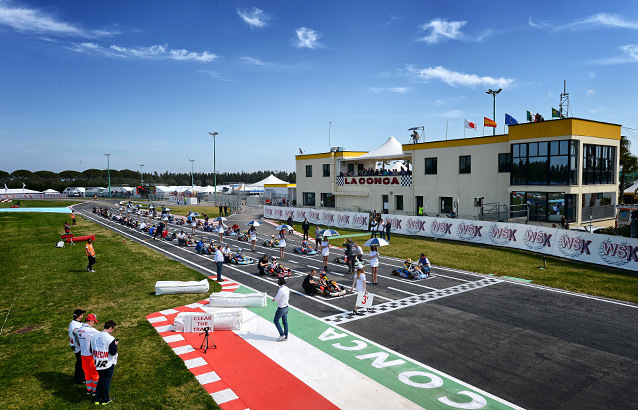 After pole position in qualifying at La Conca, Dennis Hauger (CRG / TM) was again prominent at the front of the qualifying heats in 60 Mini, at the 3rd round of the 2015 WSK Super Master Series. But behind him, Federico Cecchi (Tony Kart / TM) also took two wins, which allowed him to finish ahead of Giuseppe Fusco (Tony Kart / TM), while Mattia Muller (Energy / TM) was ranked 4th in front of Leonardo Marseglia (Zanardi / TM) and Mattia Michelotto (Energy / Parilla). Hauger then won prefinal A in front of Marseglia and Fusco, while Michelotto won in prefinal B against Luigi Coluccio (Tony Kart / Vortex) and Francesco Crescente (Energy / TM).

After a head start for Hauger in the final, Michelotto, Marseglia and Fusco chased after him. Jose Antonio Gomez Guitierrez (Croc Promotion / TM) beat Coluccio to the first hairpin to take his place, which was not very polite. The battle for victory had started and Hauger paid the price by dropping to 4th place in the leading group while Marseglia captured the lead. Then Michelotto was leading the dance with Fusco. Eight drivers were together approaching the end of the race, sometimes going over the line three abreast. Michelotto started the last lap ahead of Hauger, but he lost his advantage in a not very athletic maneuver from Hauger who crossed the finish line first in front of Rocco Alberto Negro (Top Kart / TM) and Muller who was delighted to be back in 12th position with the fastest time of the race. Moretti finished 4th, Fusco 5th, Martinez 6th and Marseglia 7th. Michelotto, rightly very disappointed, finished 10th. 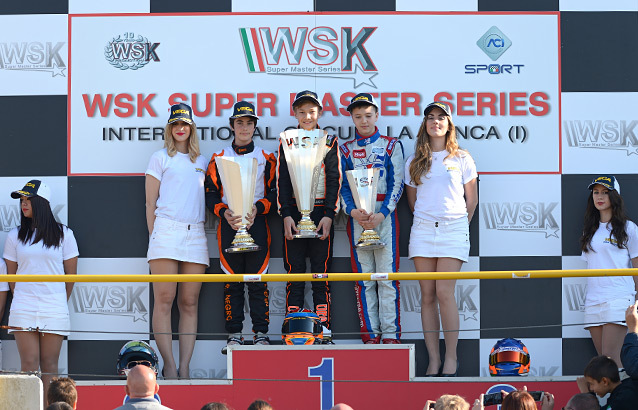