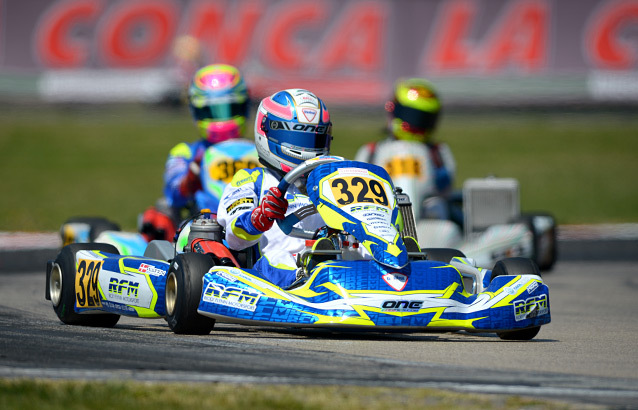 The weather is beautiful and almost warm at La Conca for the first qualifying heats of the WSK Super Master Series, round 3.