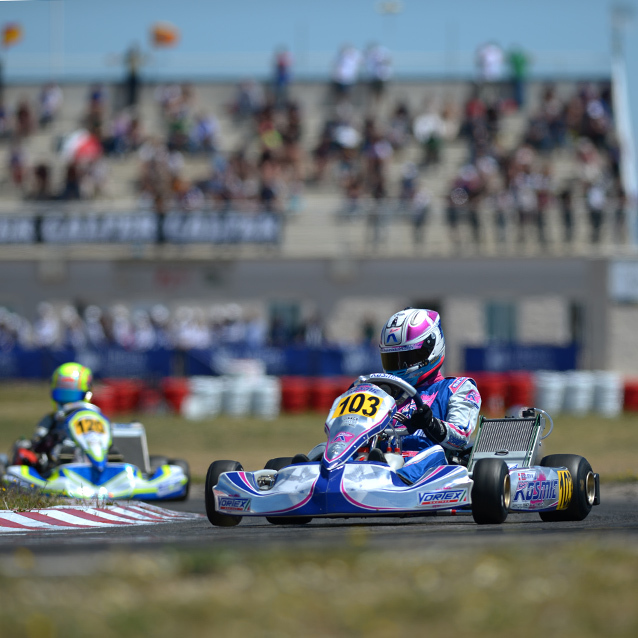 Nielsen managed the race well, and his lead over Norris didn’t weaken in mid race. Kari passed Tiene, but Van Leeuwen enlivened this group who were fighting for 4th place. In 12th position, Julien Darras (Kosmic / Vortex) had gained 14 places since the start. Paolo Besancenez (Tony Kart / TM) moved up to 14th from the back while Gabriel Aubry (Tony Kart / Vortex), in 17th, does not seem to have the same pace as in the heats. With two laps to go, Norris set the fastest lap and moved to within 6/10 of Nielsen. He also reduced the gap on the last lap, but Nielsen retained the lead place on the line, 0.369” from Norris. Joyner finished 3rd, Kari 4th, Tiene 5th, Van Leeuwen 6th, Mazepin 7th, Daruvala 8th, Lorandi 9th and Janker 10th. Darras finished in 12th position, Besancenez 13th and 16th for Aubry.