In ideal weather conditions, the first Competition of the 2014 CIK-FIA European KF and KF-Junior Championships was won by two Britons after fierce battles throughout the weekend on the La Conca circuit (Italy). The second of the four European Competitions for these categories will take place in less than three weeks time in Spain.

The 2014 European battle had a spectacular start in KF and KF-Junior at Muro Leccese with 134 drivers present from 31 different nationalities. The incomparable sporting challenge of the titles awarded by the CIK-FIA set the tone from the first running, on Thursday, May 8th. The more compact schedule was also one of the new initiatives introduced this year by the CIK-FIA. Reducing the number of tyres allowed, their free management by the teams along with systematic monitoring using the bar code and the MiniRAE Lite unit simplified the running of the Competition as planned while ensuring the necessary maximum sporting fairness. The scrutineers also carried out numerous checks and exchanged some ignitions, while the stewards watched for bad behaviour on the track. The new scoring scale for the Championship now gives points in the Qualifying Heats for the top 10 in the intermediate classification, in addition to the points rewarding the top 15 in the Final.

On home territory, WSK Promotion, the promoter for the CIK-FIA, and La Conca Sporting Club attended to both the large and small aspects to add the desired lustre to the event. In the end, it was a great success.

Ilott the winner and leader in KF

Although Callum Ilott (Zanardi-Parilla-Dunlop) eventually won the KF category it was another Briton, Lando Norris (FA Kart-Vortex-Dunlop) who dominated since Qualifying Practice on Friday afternoon. The young Norris, who has moved up to KF this year after winning the CIK-FIA European Championship in KF-Junior last year, continued his momentum by winning all his Qualifying Heats. However Ilott won the Prefinal, taking advantage of the attack from the Spanish Driver Pedro Hiltbrand (CRG-TM-Dunlop) on the favourite on the first lap to infiltrate into the breach and take the lead of the race. Ilott started perfectly with the lights of the Final, then escaped to cross the finish line as the winner by more than two seconds ahead of the Finn Niko Kari (Tony Kart-Vortex-Dunlop), one of the revelations of the weekend. Battered early in the race, Norris did not admit defeat and climbed up from 6th position despite an already large gap with the leader. He set the fastest lap of the race and reached the third step of the podium. The 4th place for the Italian Felice Tiene (CRG-TM-Dunlop) deserves special mention as he started from 25th place on the grid.

“I had no other strategy than to make a good start!” Ilott explained during the press conference. “Once that first goal had been achieved, I felt very confident because I knew I was capable of being very fast over 25 laps.” 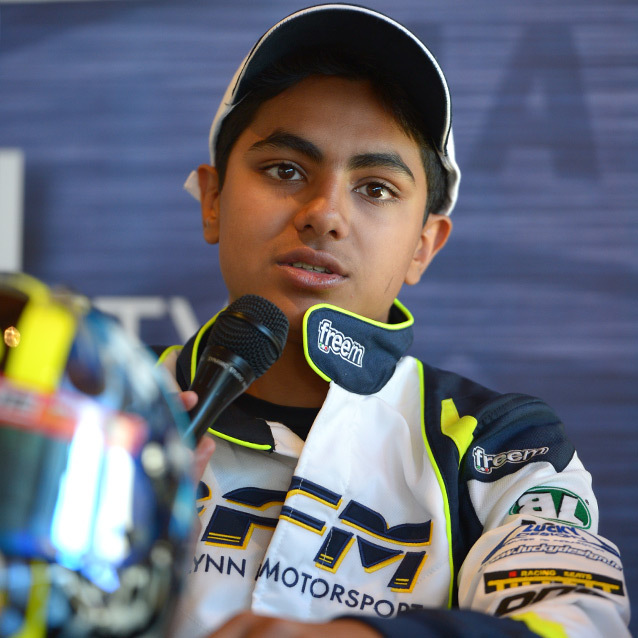 Ahmed wins KF-Junior in the end

There was a fairly similar scenario in the KF-Junior category. Indeed, the American Devlin Defrancesco (Tony Kart-Vortex-Vega) began by imposing in Qualifying Practice and in three of his four Qualifying Heats and finally the Prefinal. Nevertheless, the competition reacted during the Final where Defrancesco was relegated to 8th position on the first time over the timing line. Started by the British driver Enaam Ahmed (FA Kart-Vortex-Vega), the attack allowed him to get away and prevent a possible comeback from Defrancesco. Logan Sargeant (FA Kart-Vortex-Vega), another American, would not let anyone take 2nd position away from him at the chequered flag and Defrancesco had to settle for 3rd place. The Russian Alexander Vartanyan (Tony Kart-Vortex-Vega) finished 4th ahead of the Italian Leonardo Lorandi (Tony Kart-TM-Vega).

“It was a really tough race!” commented Ahmed after the podium. “It was long and tiring, physically as well as mentally. The heat did not help. My opponents were very close, there was no relief. At the end, I was as happy as I was exhausted!”