Home News Driver DeFrancesco always on the attack in KF-Junior

DeFrancesco always on the attack in KF-Junior

After an exciting first round of the WSK Champions Cup, the second round of La Conca finished too early for Devlin DeFrancesco. Dropped to the back of the pack in the prefinal in KF-Junior, his access to the final was blocked this time. Unable to fight for success at the end, Devlin had to settle for 13th position in the final standings of the 2014 WSK Champions Cup. 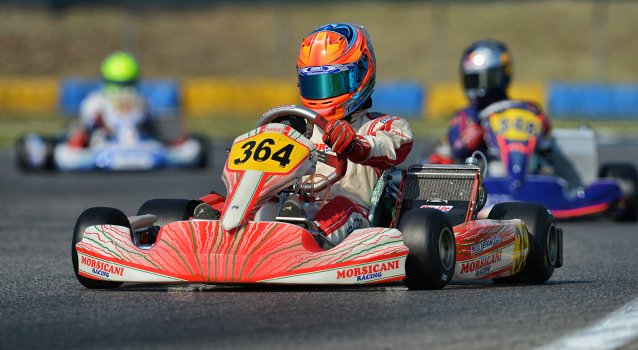 Fortunately, the North American driver from Morsicani Racing had a contrasting experience at Sarno for the opening round of the WSK Super Master Series at the foot of Vesuvius. 2nd fastest in qualifying at the wheel of his Tony Kart / Vortex front of more than 60 drivers, Devlin then added two wins and three fastest laps in the heats. In the rain, he managed to finish in 12th position with an acrobatic finish.

At the twisty Castelletto circuit, the second round of the WSK Super Master necessitated an adjustment period before Devlin could fight at the front. In the latest blow, he struggled to come through after a few ups and downs in racing. With better performance, he continued to gain positions in the final stages and took a hard-fought seventh position. 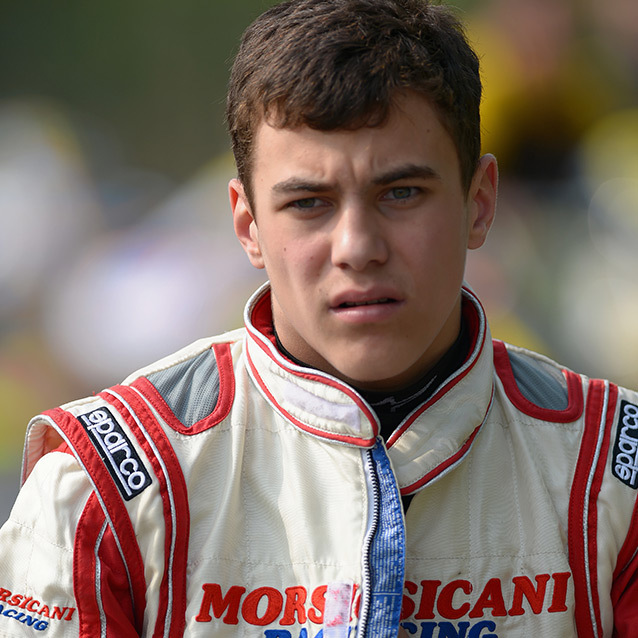 In less than a week, La Conca will host the third and final round of the WSK Super Master Series which is the last stage of preparation before the European Championship, where we will watch Devlin DeFrancesco with interest.

DeFrancesco already running in the top 10