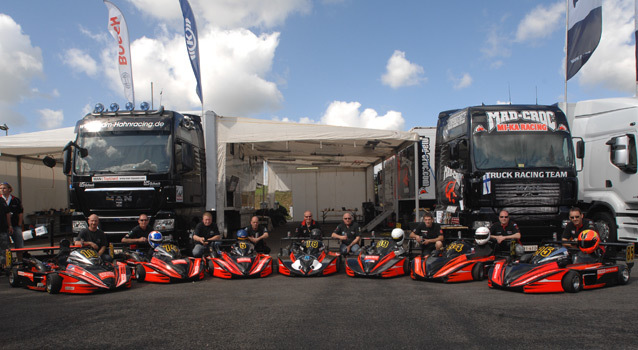 The Superkart comes back in the circuit of Nogaro for the 3rd event of the French championship 2012. This meeting became symbolic for the category because she allows two disciplines diametrically opposite to mix, for the biggest happiness of the public always present on the famous circuit of the Gers. Indeed the Superkart tops the bill alongside his noisy and impressive neighbors that are the big cubes FIA, which develop a power of 10 times superior, but nevertheless 2 cylinders of devilish Superkarts will be the fastest machines of the weekend. The grid countered in very light diminution but it is an effect of circumstances; A. Lacoste or Y.Pesce, who has to postpone his debuts, is held by professional obligations. For all that the Championship becomes a competition officially open is the opportunity of a strengthened international confrontation.

Read the press release below.