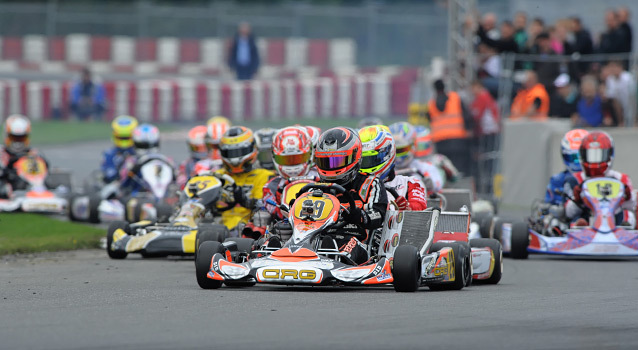 The weather was overcast but dry at Wackersdorf on Saturday morning, the first race for KZ1 after a Friday that was rather empty. It is about 15 ° C. The track was dry after the rain in the night, but still seemed to lack grip. Ben Hanley (ART GP / TM) led much of the first heat of the European Championship before weakening slightly at the end of the race, letting Jorrit Pex (CRG / TM), third after the start, back up to first position. Arnaud Koslinski (PCR / TM), who started fifth, gradually defeated Patrik Hajek (Praga / TM) and Fabian Federer (CRG / Maxter) before overtaking Hanley and finished 2nd in front of Federer, Hanley and Hajek, and these five drivers were significantly ahead.