Home News International Albino Parolin: “I am a strong believer in this U18 World Championship”

Albino Parolin: “I am a strong believer in this U18 World Championship”

Some 45 drivers came to the Friuli Venezia track in Precenicco, in Northern Italy, for the Official Test Days for the U18 (Under 18) World Championship and the CIK-FIA Academy Trophy. Friday was the day for administrative checks, but also for vehicle preparation prior to the tests scheduled for tomorrow. Closely watching lots being drawn for engines (for the U18 category) and chassis/engine combinations (for the Academy), Albino Parolin was torn between satisfaction and a certain understandable stress. 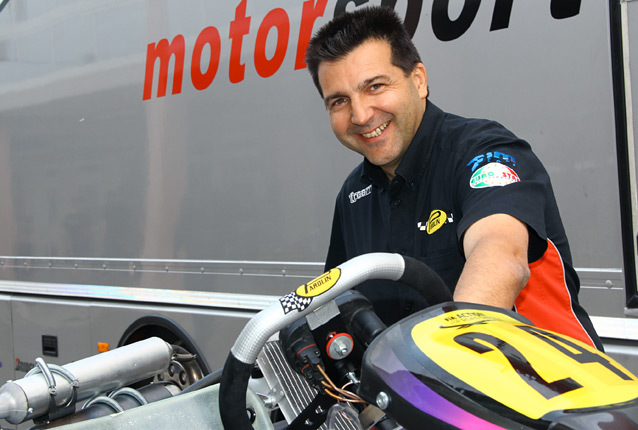 “I am always a little nervous at times like this because I want to be sure everything runs smoothly,” confessed the boss of the Parolin and FIM works, which provide the U18 engines and the complete units for the Academy drivers free of charge. “For this the third year, we have continued to work to the same end: to offer participants a package which is even more competitive and engines which are as closely matched as possible in terms of performance. Despite the fact that many of last year’s drivers are now over the maximum age,and despite the crisis, I am delighted to see that some 80 drivers have registered this year. And it is also extremely pleasing to see new makes of kart competing in this U18 World Championship which, I am convinced, is very positive for karting as a whole as the cost/performance ratio is reduced.”

In addition to newcomers and to loyal competition followers, several drivers have returned, like Severin Amweg from Switzerland, winner of an Academy Trophy race in 2010 and an entrant this year in the U18 World Championship. “We are happy to be here and to be taking part once again in this great competition,” said family members with a smile after travelling to the venue some one hundred kilometres from Venice. Like the other drivers, the young Swiss competitor cannot wait to get onto the track on Saturday!