Plenty of podiums for Maxter 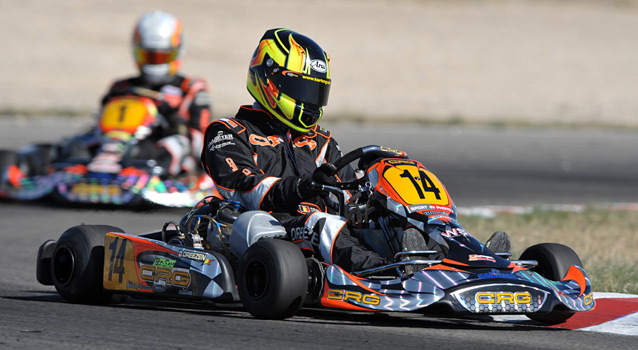 Increasingly present in all categories, the powerful Maxter engines fought for a podium and even for victory in each final phase, thanks to the Twin Torpedo (KF) and MX (KZ) models.

Just as they did during the European Championship, Rick Dreezen and Jonathan Thonon did not let anyone come close to the first two places in KZ2. This time, it was the 2008 German Champion who defeated the World Cup winner! Dreezen conquered the second position in the final WSK ranking and Thonon was third.

“My compliments to Tec’Sav, which greatly contributed to this double victory”, said Nico Carigiet, one of Maxter engineers. “The WSK final also confirmed the substantial progress made by Maxter in all KF categories. Clemente Picariello, 4th in the final and best lap in the pre-final, and Aaro Vainio were brilliant in KF3, and so were James Thorp, Sami Luka and Andrea Dale in KF2. Thorp (Maranello) won two heats and finished 2nd in the pre-final, ahead of Luka, but bent the back shaft in a collision. He was 5th in the WSK ranking, but without that accident, the title of vice champion would have been his. As for Arnaud Kozlinski, he showed an impressive performance during the super final that lasted for at least 35 km. He missed victory by a narrow margin, but his second place at just 1/100th of a second from the winner allowed him to reach second place in the WSK overall ranking”.

Maxter : A 2008 Season Blessed By Success

A new Chief at Maxter