The final four Junior drivers today embark on the decisive phase of the programme at the renowned Ferrari Driver Academy (FDA) in Maranello and at the Autodromo di Franciacorta race track to compete in karting, the real grassroots level of motor sport. 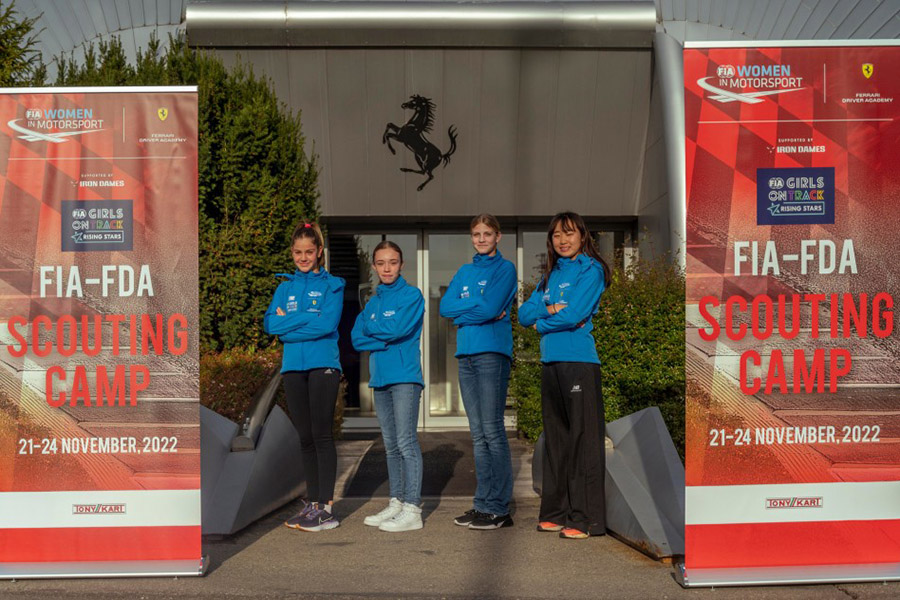 Girls on Track – Rising Stars, the flagship programme of the FIA Women in Motorsport Commission is about detecting and nurturing the most talented young female drivers around the world at an early age.

The four finalists were selected in August in Le Castellet by an international panel of experts, including those from the FDA and under the supervision of the FIA Women in Motorsport Commission President, Deborah Mayer.

Over the next four days, the four drivers will undergo a packed programme devised by the FDA experts. Initially based at the Maranello headquarters, they will be put through their paces during the first two days of off-track assessments, including mental training and media activities.

The drivers will then travel to the Autodromo di Franciacorta race track, for two more days on track. In addition to the test sessions on the circuit, they will receive invaluable feedback during the debriefs, enabling them to demonstrate their capacity to learn and improve session by session.

At the end of this selection process, the winning junior driver will participate in an International Karting season with the potential financial support of the Ferrari Driver Academy.

The Junior category of FIA Girls on Track – Rising Stars was launched last year as an extension to the original four-year programme, which potentially takes 14-16 year old female racers from karting into single-seater competition and Formula 4 racing with the Iron Dames.