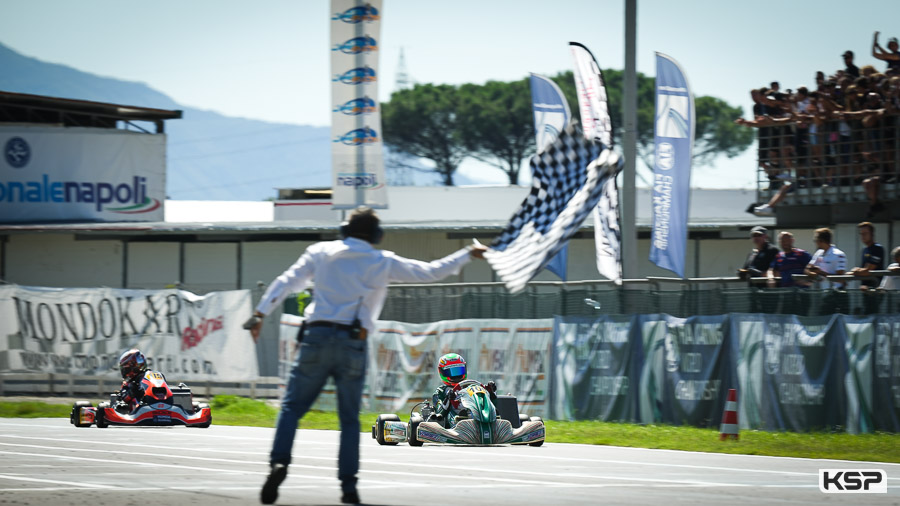 The collision that occurred on Sunday morning in the Super Heat could have cost Enzo Tarnvanichkul (Tony Kart/Vortex) dearly, but the Thai driver recovered perfectly to triumph in the OK-Junior World Championship Final. Anatoly Khavalkin (Parolin/TM) was the favourite after his excellent start. But he lost three places in the fourth lap when he was overtaken by Gerasim Skulanov (Birel ART/TM), the Hungarian Adam Hideg (Sodi/TM) and Nathan Tye (Sodi/TM).

Meanwhile, Tarnvanichkul was putting in some very fast laps and, after an excellent start, he passed Khavalkin on the fifth lap. The Thai driver managed to secure a small lead to triumph with brio, becoming the first Thai driver to win such a title. A sensational duel for 2nd place ensued, with Hideg emerging victorious.

Skulanov crossed the finish line in 3rd, but a penalty for incorrect front fairing position pushed him back to 9th place. After his catastrophic start from 2nd position, Jan Przyrowski (Tony Kart/Vortex) made a magnificent comeback and had the satisfaction of completing the podium ahead of Tye, who was also penalised for a sporting incident. Khavalkin and Lucas Fluxa-Cros (KR/IAME) also lost their places in the top ten for an incorrect fairing position.

Poland’s Maciej Gladys (LN/Vortex), Dutchman René Lammers (Parolin/TM) and Dmitry Metveev (Tony Kart/Vortex) moved up 12, 25 and 15 places respectively to 4th, 5th and 6th place after perfectly controlled Finals. For his very first race in OK-Junior, the Belgian Dries Van Langendonck (Energy/TM) could be very satisfied with his 7th place ahead of his team-mate Martin Molnar (Energy/TM).

In 14th, Maxens Verbrugge (KR/IAME) was the to Frenchman, just ahead of Jules Caranta (Energy/TM), who came back from 27th position! 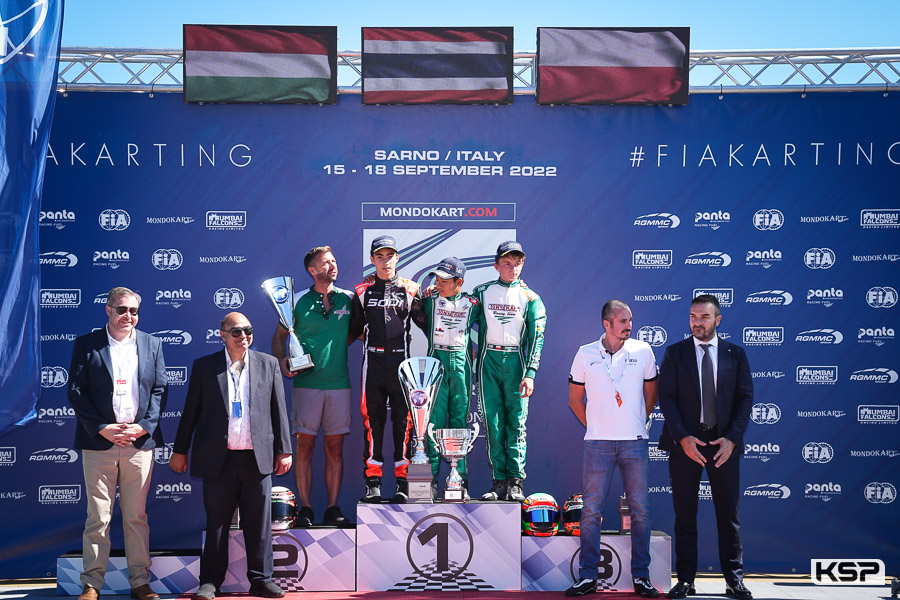