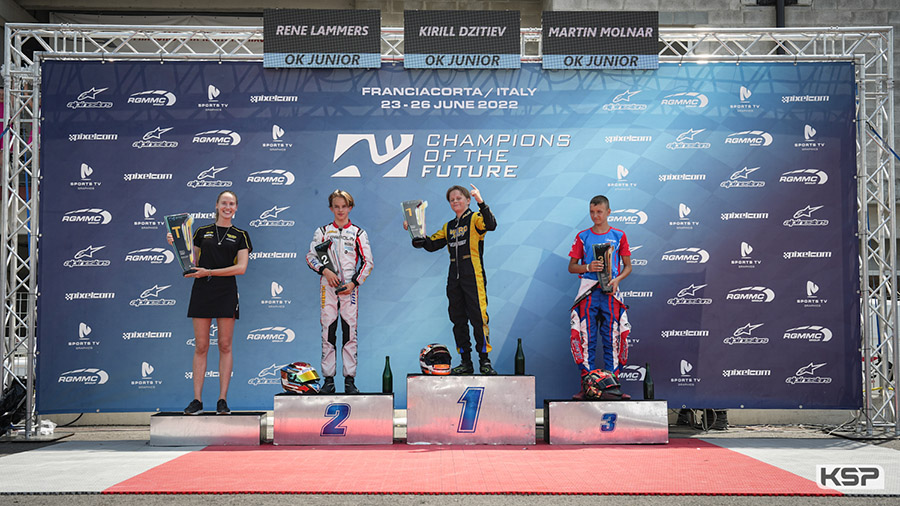 The temperature was approaching 30°C in Franciacorta when the drivers were presented on the starting grid for the fourth round of the Champions of the Future Euro Series. Nathan Tye (Sodi/TM) started from the front row of the grid next to poleman Anatholy Khavalkin (Parolin/TM) and was well in the lead of the Championship, which he is sure to win.

Dzitiev moved up to 2nd place on lap 15 and quickly closed the gap to Khavalkin. He attacked his compatriot, there was contact and Khavalkin found himself 4th. Gladysz and Tye came together and ended up in the barriers, Saleh also retired in the incident. Dzitiev strengthened his lead and took the win 1,2″ ahead of René Lammers (Parolin/TM), both of them having moved up nine places. Martin Molnar (Energy/TM) took 3rd place, Khavalkin 4th, Jan Przyrowski (Tony Kart/Vortex) 5th ahead of Helias. Verbrugge finished in 13th place after a 16 place improvement and Caranta in 26th.