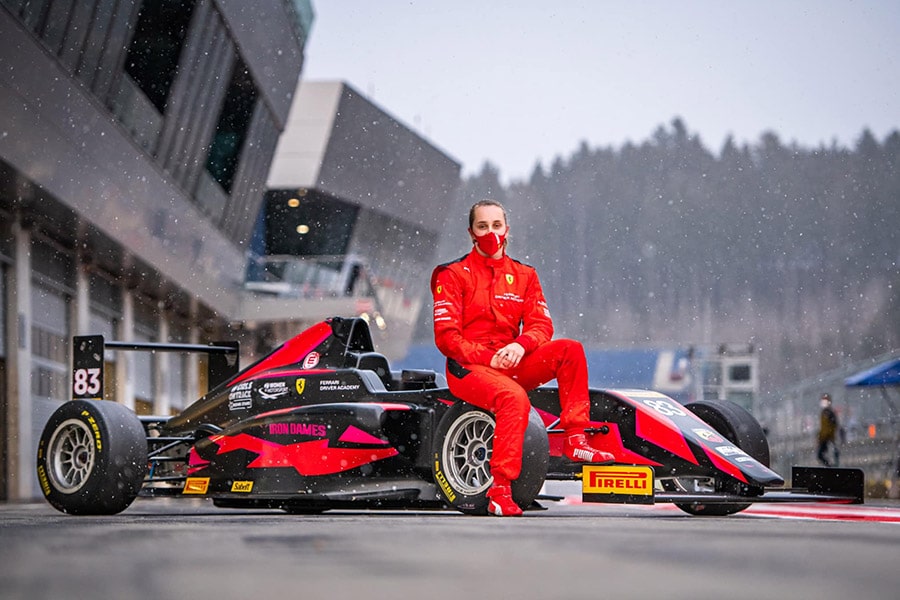 Following the success of the first edition of the FIA Girls on Track – Rising Stars programme, the FIA Women in Motorsport Commission is delighted to announce an extension to its contract with Ferrari and a new partnership with the Iron Dames project.

he FIA Women in Motorsport Commission’s innovative programme to detect and nurture the female racing talent of the future has gained further endorsement following the success of the first edition of FIA Girls on Track – Rising Stars.

The Commission is proud to announce that Ferrari is extending its agreement with the FIA, to potentially have four female drivers become members of the Ferrari Driver Academy (FDA). In addition, Deborah Mayer’s unique Iron Dames women in motor sport project has become a main partner of the programme, adding yet further value.

The inaugural edition of FIA Girls on Track – Rising Stars, which concluded in January, saw Maya Weug become the first female member of the Ferrari Driver Academy after months of on and off track assessment during a shoot-out, two separate training camps and the final FDA Scouting Camp. Her journey through the Academy and into Formula 4 racing began in early February, when she joined seven young men in Maranello, Italy for the start of the new Academy year.

The FIA Women in Motorsport Commission’s initial four-year agreement with Ferrari and its Driver Academy spanned 2020-2023, with talent searches, training camps and the final FDA Scouting Camps taking place in 2020 and 2021 – where one driver could be selected to join the Academy each year. This was to be followed by two years of development support for the driver selected by the Academy in both years.

The first Iron Dames crew of Rahel Frey, Michelle Gatting and Manuela Gostner is already supported by the FIA Women in Motorsport Commission. After two highly successful seasons in the European Le Mans Series, and at the 24 Hours of Le Mans, the crew will now be stepping up to the FIA World Endurance Championship as one of two all-female entries. Mayer’s commitment to providing concrete support to female racers now sees the Iron Dames project strengthen its pledge by expanding from endurance racing into single-seaters.

Maya’s Italian F4 campaign started in March with pre-season testing ahead of the first round of the series at Paul Ricard, France on 16 May. With three races at each of the seven circuits on the 2021 calendar, it will be a steep learning curve for the youngster in her debut season in F4, particularly in a field that often attracts over 30 drivers from around the world.

The second edition of FIA Girls on Track – Rising Stars will be launched shortly, with a call for talented young racers to be nominated by the FIA’s national sporting authorities around the world.