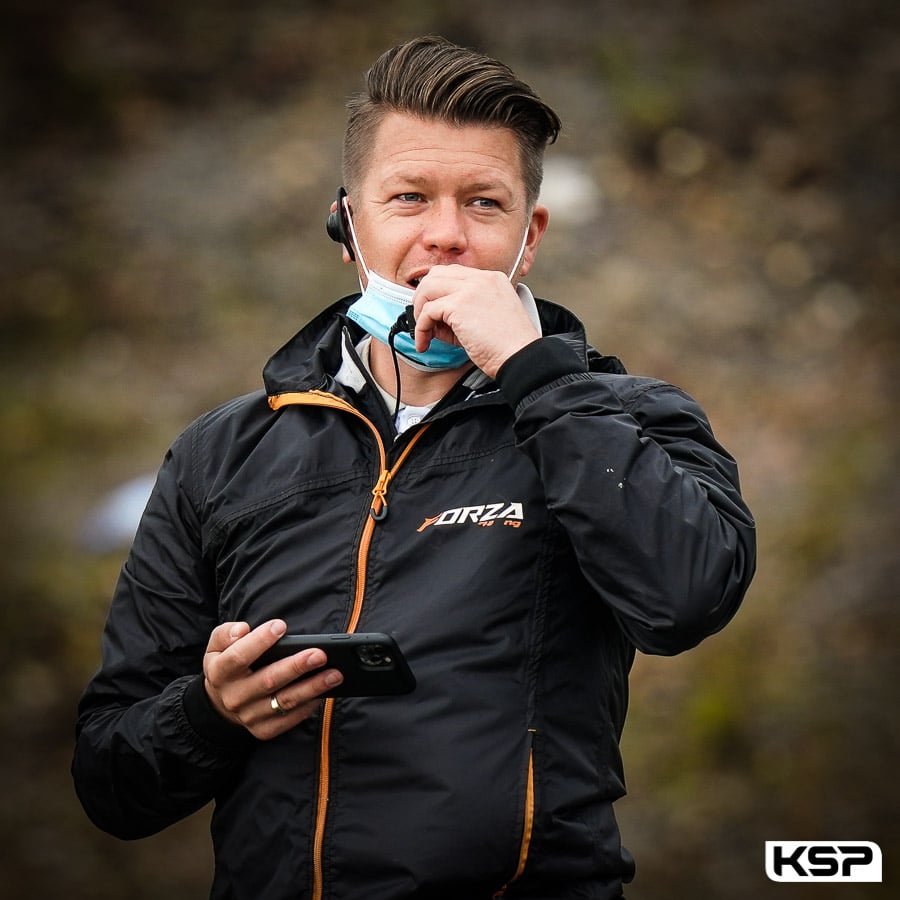 “The history of Forza Racing began with the title won by George Russell.”

A top international driver for several years, Jamie Croxford (34) is today the head of one of the most renowned private teams in FIA Karting Competitions. Crowned World Champion in 2017 and European Champion in 2012 and 2017, Forza Racing has contributed to the training of Drivers such as George Russell, Robert Shwartzman and Jonny Edgar.

How did you start your career in karting?

I started as a driver at the age of 13, which was a bit late. I quickly moved on to Junior, ICA and Formula A, gaining experience in international competitions outside of England. I raced with a Maranello chassis, then several seasons with a Birel and the PFI team of Paul Fletcher, with whom I learnt a lot. At the ICA European Championship in 2005 in La Conca, I was in a good position to aim for the podium. But I didn’t succeed in the Prefinal, then came back up to 11th in the Final. In addition to several excellent results in the UK, I finished 6th in the Formula A World Championship in Angerville in 2006. Then the KF technology arrived, it became more complicated for me without a big enough budget. 2008 was my last season in KF1 at the wheel of an Intrepid chassis. I realised that I was going to have difficulty finding a seat as a professional driver and I set off in search of a job in my home country.

Where did this desire to create a team come from?

I quickly realised that my passion for karting was deeply rooted. It is a fantastic sport, especially at the highest level. I started as a mechanic. I had the chance to work at RFM alongside Ricky Flynn, who is one of the best team managers in the paddock. I could see that I was having as much fun trying to win with the driver I was looking after as I was when racing myself. I quickly became interested in all aspects of racing, such as coaching and data acquisition. That’s why I wanted to create my own organisation, to become a team manager in my own right.

In what year was Forza Racing founded?

In 2011, but the real start was in 2012 with the European Junior Championship with George Russell. It’s a source of pride for the whole team to see where it has come to today! Since then, we have always been looking to expand, with a bigger and bigger truck, a bigger and bigger tent. Our track record has grown with drivers such as Billy Monger, Robert Shwartzman, Kush Maini, Frederik Vesti, Jonny Edgar, 2017 European Junior Champion, Rafael Camara, 2019 World Junior Vice Champion, Dilano Van T’Hoff, not forgetting of course Dexter Patterson and Christopher Lulham who scored a double in the 2017 World Junior Championship. It’s a great adventure because I started from scratch. Like RFM and Ward Racing, Forza Racing is now one of the strongest teams on the international scene, which allows us to beat the factory teams on a regular basis.

What does Forza Racing have that makes it stand out from the rest?

I’ve always believed that a good driver can’t win without a good team, and vice versa. So I want these two parts to come together, so that there is a real sense of teamwork and that the driver feels it. We attach great importance to sharing all the information between our drivers. There must be no secrets. In karting, the mind counts a lot in the quest for the podium and my objective is for all the drivers in the team to feel as good as possible, in confidence, with the constant desire to progress and fight to win. If one of them finishes 1st, I will be delighted, of course. But if his team-mate is only 15th or 20th, I will try to understand why he couldn’t get a better result. Even if he doesn’t have the potential to get on the podium, maybe he could still get a top 10? We mustn’t forget anybody. This is our approach. We have to offer the best possible service to all our drivers.

When using an Exprit chassis made by OTK, isn’t it a big challenge to choose TM Racing engines and not Vortex?

Honestly, I have to say that I have an excellent relationship with the OTK factory, the collaboration is perfect. At the end of the day, if we win, it’s one of their chassis that comes to the forefront. On the other hand, I am also fortunate to work with a very talented engine builder, Gordon Finlayson of GFR Engines, a partner of TM Racing with whom we have had a very close relationship for many years. I think I have found the right balance to achieve the success I was looking for. The strength of our team also lies in the competence of all of our technical staff. All this allows me to have a global vision of the team and to focus more on coaching the drivers. They are often very young and need attention, and I can guide them in the right direction.

A private team always seems to need to justify itself, to show that it is performing well in order to gain the confidence of the drivers and their supporters. Isn’t that a lot of pressure?

That’s part of our job. In every race we know what we have to do and we all give our best, but the result depends on so many different factors! Apart from the equipment, the attitude of the driver is also important, as is his ability to concentrate and his approach to the competition. He must know how to focus on his own objective and not let himself be disturbed by what is being said or what is happening outside. A positive atmosphere is essential! The smallest detail counts, especially in OK where the standard of the drivers at the front is incredible. We also know that anything can happen: a mechanical breakdown, a small technical problem, a collision. In this case, a good result is often compromised. We are human, we can all make mistakes.

What is your assessment of the 2020 season?

I am very satisfied with the level of performance we have managed to reach, in Junior as well as in OK. Several podiums have confirmed this. We also tackled a new challenge in KZ2 with Harry Thompson. I must say that I really enjoyed it and I hope to continue in this category in 2021.