Triumph for Besancenez in DD2 Prefinal 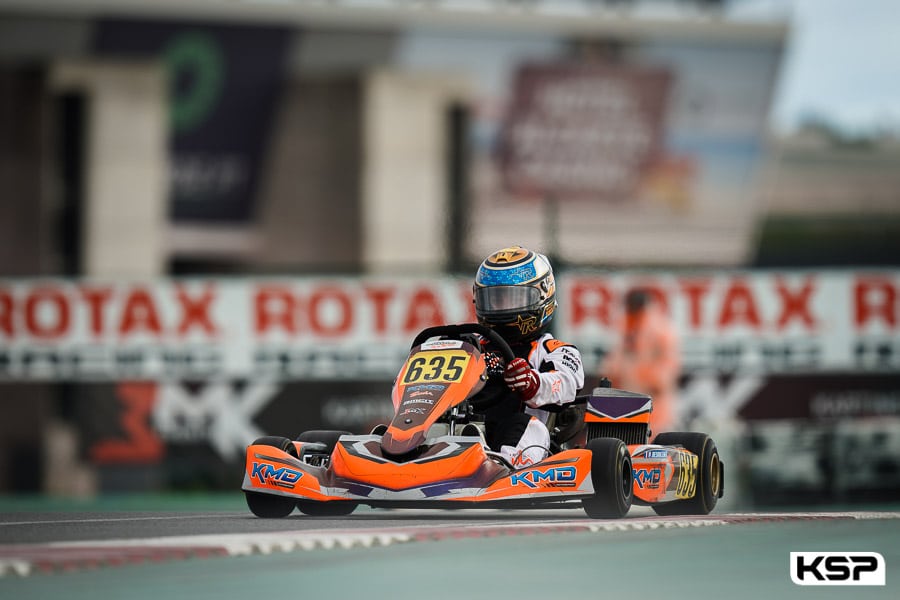 There were cloudy skies, but a dry track in Portimao for the DD2 Prefinal of the RMCIT with Xander Przybylak (BEL – Tony Kart – Bouvin Power) in pole position. Some drivers put on slicks, but the wisdom of this remained to be confirmed. Hannes Morin (SWE – Sodi – Sodi Vitesse) went into a spin in the pack. Manuel Tenschert (AUT – Ricciardo – KSB Racing Team) took the lead on the second lap in front of Glenn van Parijs (BEL – Tony Kart – Bouvin Power) and Przybylak, with Paolo Besancenez (FRA – Sodi) 4th. The battle for the lead intensified. Besancenez was 2nd behind van Parijs after four laps. The Frenchman took 1st place on the sixth lap with the fastest lap. Przybylak then took 2nd place more than 3″ behind the leader, followed by Petr Bezel (CZE – Sodi – KSCA Sodi Europe) and Xen De Ruwe (SVN – Intrepid – SSC Sporstil). Slick tyres were the right choice. Besancenez triumphed 3,2” ahead of Bezel and De Ruwe, then van Parijs and Przybylak completed the top five.