Qualifying of WSK Super Master Series kicked off in Adria 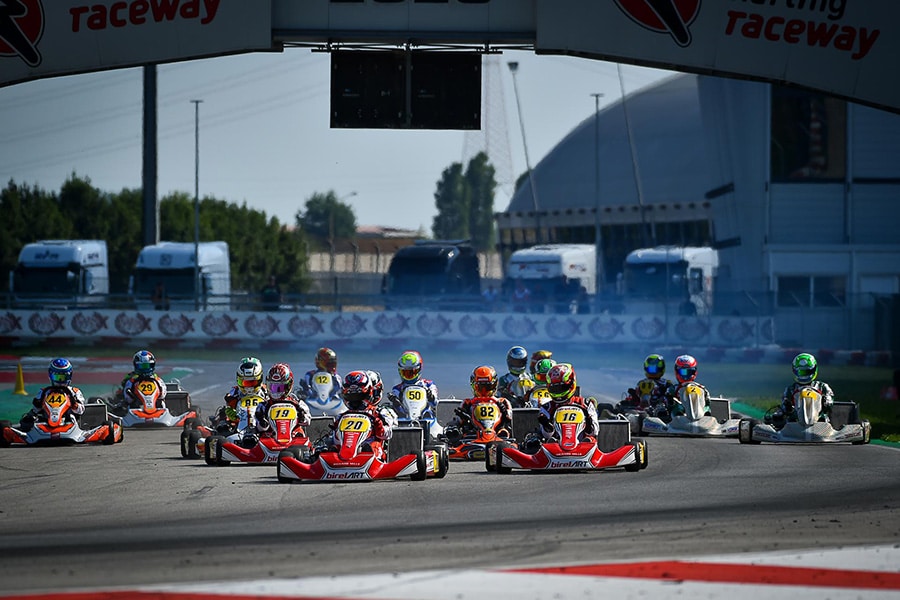 It is qualifying time at the Adria Karting Raceway ahead of the third round of the WSK Super Master Series (with 182 drivers on track) that will end on Saturday, July 4th, while the fourth and closing round of the series (with 186 drivers at the start) will also take place in Adria on Sunday, July 5th with live streaming feed – for both final days – from www.wskarting.it.

QUALIFYING PRACTICE. In the highest category, KZ2, the Swede Viktor Gustafsson (BirelArt-TM Racing-Vega/ Leclerc by Lennox Racing Team) posted the fastest time in 47.713s during the second session, while his Italian teammate Matteo Viganò went quickest in the first session in 47.772s. The provisional classification leader Giuseppe Palomba (BirelArt-TM Racing-Vega/BirelArt Racing) was second in the second session thanks to a best laptime of 47.856s.

The fastest of OK was the Russian Nikita Bedrin (Tony Kart-Vortex-Bridgestone/Ward Racing) who posted the quickest time in the first session in 47.783s. The best time of the second session was set by the Italian Andrea Kimi Antonelli (KR-Iame-Bridgestone/KR Motorsport) in 47.984s. The classification leader Joe Turney (Tony Kart-Vortex-Bridgestone/Tony Kart Racing Team) was also very quick and posted the second fastest time of the first series in 47.911s.

Brando Badoer (KR-Iame-Vega/KR Motorsport) was the fastest of the first session of OKJ in 48.714s, leading the provisional classification leader and teammate Arvid Lindblad who completed his best loop in 48.854s. The chart of the second series was topped by the American of KR Motorsport Ugo Ugochukwu in 48.975s.

In KZ2, the victory of the first heat went to the Finn Simo Puhakka (Tony Kart-Vortex-Vega/Tony Kart Racing Team) while that of the second heat to the Italian Giuseppe Palomba (BirelArt).