Puhakka makes the difference in KZ2 Qualifying at Lonato 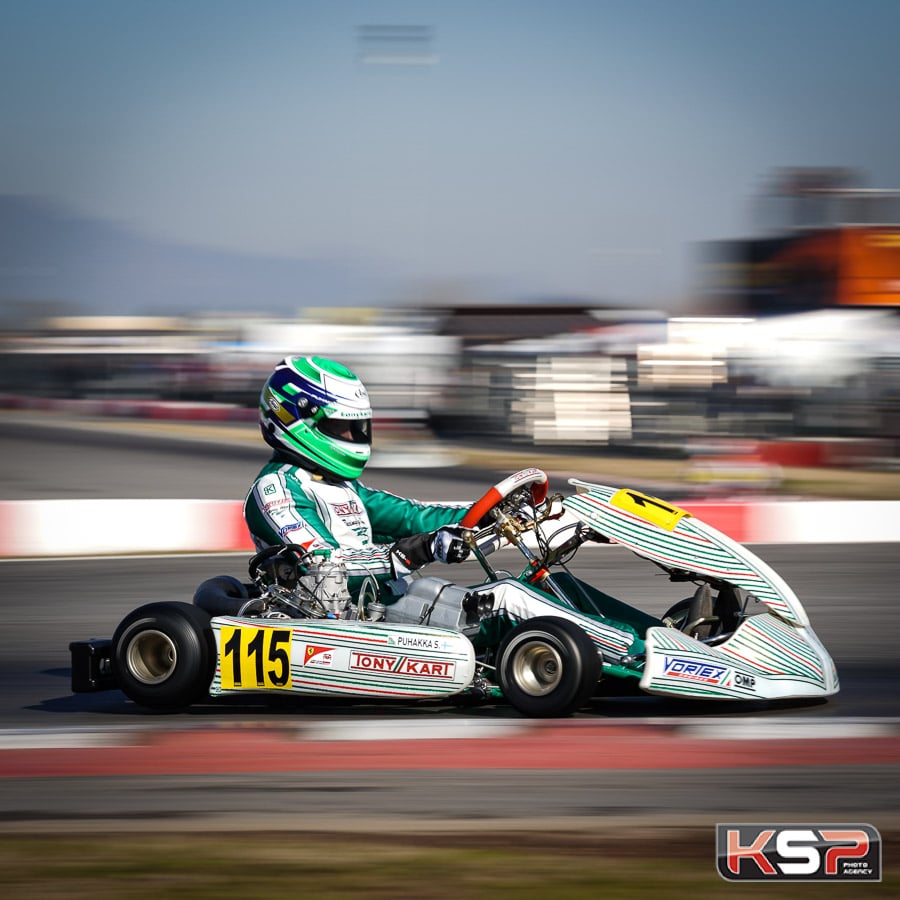 The second session seemed slower with Viktor Gusfasson in 1st place on 46”522, followed by Klim Gavroliv and Andrea Dale’ (Birel ART/TM). Leonardo Marseglia was 4th by a tenth and Alexander Dahlberg was 5th in front of Hubert Petit (Sodi/TM) by less than 2 tenths. Arnaud Hugo (Sodi/TM) was 12th.

It was a tough battle in the third session, which brought together several stars. Giuseppe Palomba (Birel ART/TM) took the lead with 46”400, with his team-mate Riccardo Longhi (Birel ART/TM) 6 hundredths behind him. Alessandro Buran finished 3rd ahead of Alessandro Irlando (Birel ART/TM) and Matteo Vigano’ (Birel ART/TM). Nice move for Jean Nomblot (Sodi/TM), 6th in front of Jérémy Iglesias (Formula K/TM).

The three heats were mixed to give the final KZ2 lap times.