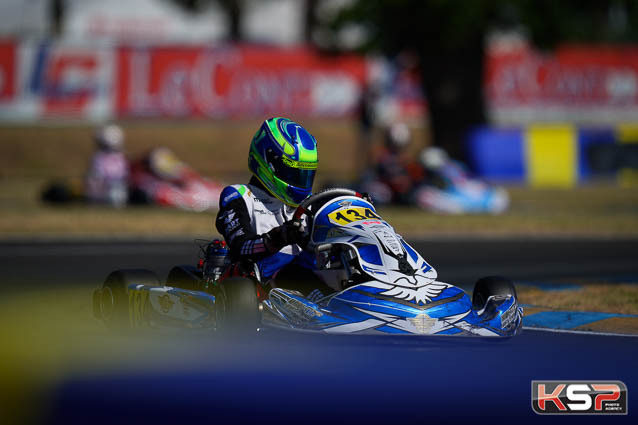 The 67 OK drivers in the European Championship at Le Mans were divided into four groups for Qualifying Practice, alternating with OK-Junior.

Dexter Patterson (KR / Iame) was in the lead for the third session, but Gabriele Mini (Parolin / TM) was the fastest with 50”837, one tenth faster. Matias Salonen (KR / Iame) was 3rd in front of Joshua Dufek (KR / Iame) and Hannes Janker (KR / Iame). After posting the 6th fastest time, Pedro Hiltbrand (CRG / Iame) was disqualified for not using the right tyres.