Abbasse triumphs in the KZ Final at Wackersdorf 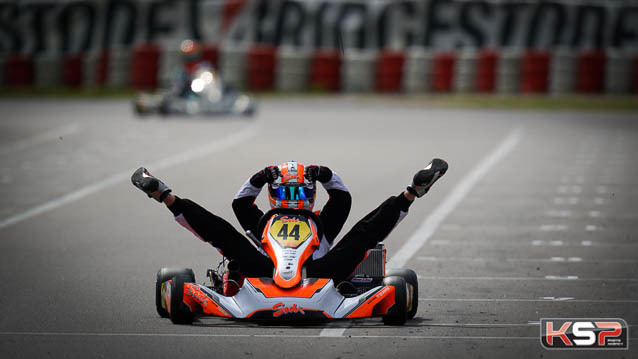 A few drops of rain began to fall when the finalists of the FIA ??Karting European Championship in Wackersdorf were on the grid, but the track was still dry and the sun could break through. Jorrit Pex (KR / TM) shared the lead with Anthony Abbasse (Sodi / TM), ahead of Matteo Vigano (Tony Kart / Vortex) and Alessandro Irlando (Birel ART / TM).

Abbasse made a perfect start when the lights went out and immediately got the better of Pex. Irlando then settled in 2nd position in front of Vigano while Pex was 4th. Boosted, Irlando then joined Abbasse. Just behind Pex, Simo Puhakka (Tony Kart / Vortex) was in 5th place ahead of Bas Lammers (Sodi / TM). Vigano joined Irlando in the wake of Abbasse who was gradually increasing the pace. Vigano was 2nd on the 10th lap while the leader was 1.2” ahead.

At half distance, Abbasse led 1.5” in front of Vigano, Irlando followed in 3rd position, Pex was 4th by 1.3”. Lammers finally managed to attack Puhakka for 5th place, imitated shortly after by Marco Ardigo (Tony Kart / Vortex). Further back, Fabian Federer (Maranello / TM) made a spectacular comeback in the top 10. Lammers quickly returned to the wheeltracks of Pex and passed him on lap 20. Five laps from his goal, Abbasse was more than 2 seconds ahead of Vigano. 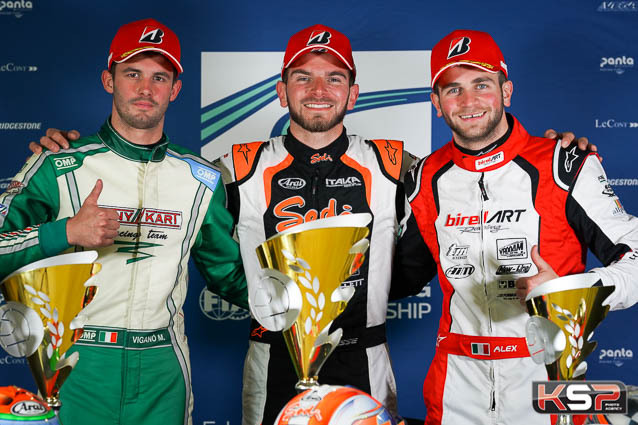 Superb win for Skaras in KZ2 at Wackersdorf