As with any important event in life, preparation is an essential element of success. For the ACO as much as for the competitors, the 33rd edition of the 24 Hours Karting has entered this phase while a little more than three months remains before the hands of the clock at Le Mans reach 15:00, on Saturday, 29th September and the big guns are released on to the track. This year, this unforgettable moment will be synchronised with the start of the 24H Trucks on the Bugatti circuit nearby, for a most attractive weekend. 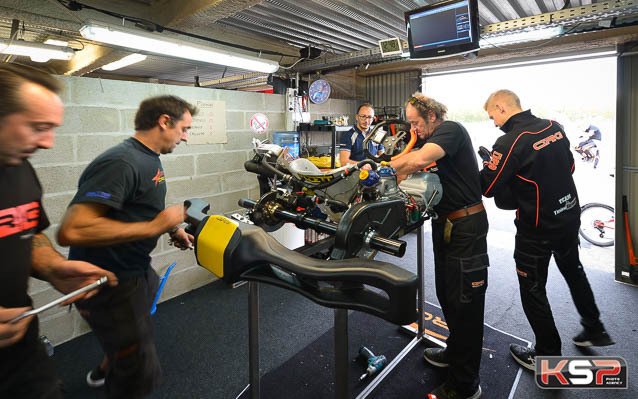 Focused on anticipating the most intense moment of the season, the French endurance karting specialists are refining their physical condition, and their equipment and organisation, during the French Championship events. Meanwhile, international drivers continue their quest for wins at circuits around the world. At the end of September, at the Le Mans Karting International circuit, everyone will face a major challenge.

Winning the CIK-FIA Endurance Championship will occupy the top teams in the GP1 category, with its powerful OK engine, during an ever-uncertain clash between the factory teams and the private teams. The Sodikart factory has already confirmed its participation in collaboration with a leading team manager. Three renowned drivers, Anthony Abbasse, Alex Irlando and Tom Joyner, have been chosen to compete for the title. The CRG factory will rise to the challenge again with a TM engine. A newcomer will enter the 24H Karting scene in the shape of the Birel ART Racing Team and the multiple World Champion Davide Fore, while the official Energy Corse team should be one of the factories entered. French amateurs are sharpening their ambitions to surpass the professionals, a motivating goal that is far from impossible.

The battle will take place on many other levels during the 24 hours, as the bulk of the pack will be entered in GP2, and challenging for victory in the category, the best possible place in the overall rankings, the top Master or that of the best female team. In GP3, two former winners of the ACO Volant, Mathis Poulet and Lukas Papin, will join Pierre-François Duriani to train the youngest team on the grid, Wintec Kartagene, managed by Marc Berteaux.

The special and inimitable atmosphere of non-stop endurance will be multiplied this year by the simultaneous running of the 24 Hours Trucks counting for the FIA European Championship of Truck Racing. Two technical extremes, 125cc, 40hp and 140kg for the karts versus 13000cc, more than 1500hp and 5800kg for the trucks, combined by the same intensity of competition, not too far different speeds and circuits close together. This bold choice by the ACO affirms a will to create bridges between the different disciplines and to give the fans a greater spectacle. The show will be more than doubled for the public who usually go to Le Mans in great numbers.

In collaboration with the CIK-FIA, the ACO has already begun preparations for the 2018 Karting 24 Hours. Entries have already opened and teams should not delay in securing their place on the starting grid of the race that will take place at Le Mans on 29th and 30th September.