Held on the dry track of Adria, the first round of the WSK Super Master Series was graced by a very representative line-up. The Parolin chassis were up to the challenge by giving their drivers the opportunity to achieve very strong performances. The intensity of the races did not allow them all to achieve their goals, but Khavalkin’s 2nd place in Mini, Victorsson’s run in OK-Junior and Wharton’s top five in the provisional OK ranking are very encouraging indicators for the season. 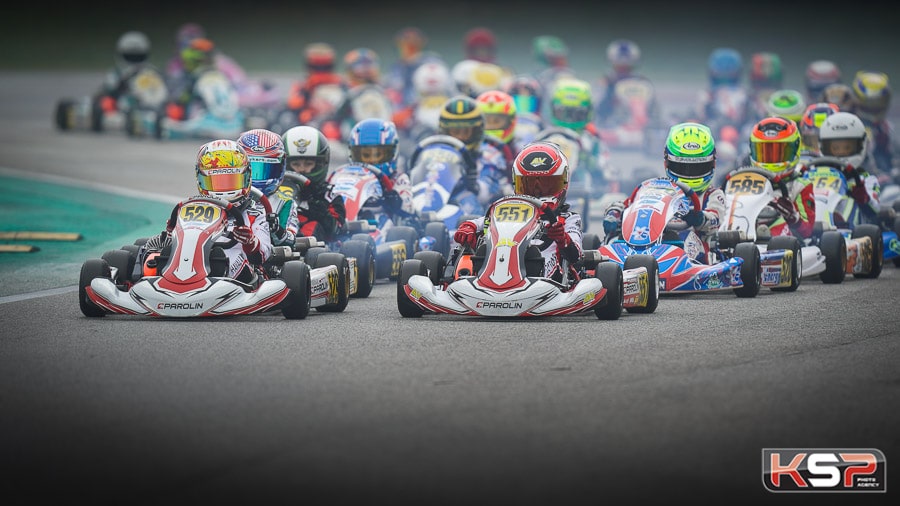 “Placing three drivers in the top seven in the Mini Final always gives a certain satisfaction,” analysed Marco Parolin. “A better management of the Final between the team-mates would probably have led to even more positive results for our team. We had the pleasure of seeing interesting performances from young drivers at the wheel of our chassis within other teams and this looks promising for the rest of the season. In OK, average Qualifying times made it difficult for our drivers and only Wharton was able to do well. For the same reason, the competition was difficult in OK-Junior, but Philip Victorsson’s track record suggests more successful weekends in the near future.” 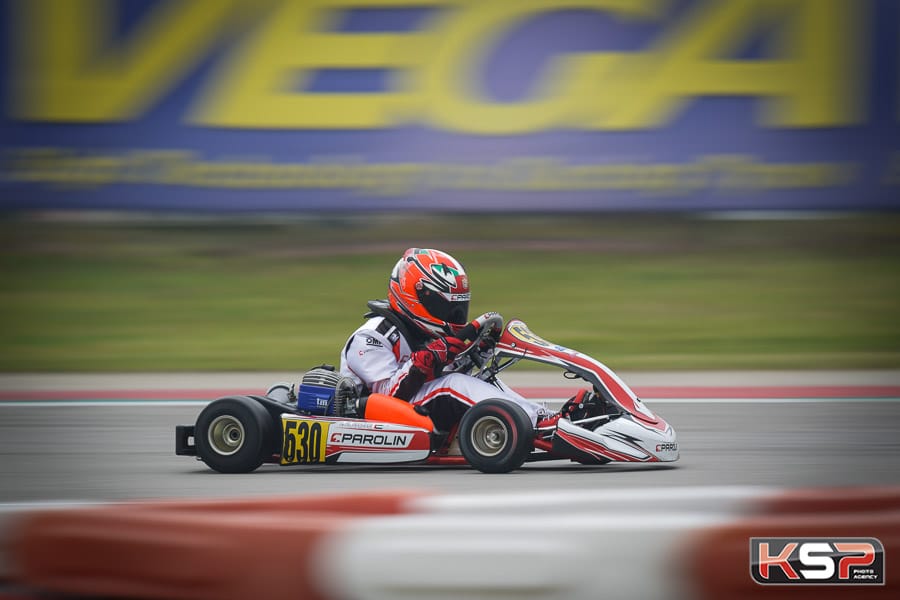 Anatoly Khavalkin was once again very convincing. After his victory the previous week in the Champions Cup, he set the pace in the WSK Super Master with three fastest laps in the race. With the 5th fastest time, he came back to 2nd after the Qualifying Heats and won his Prefinal. Delayed at the start of the Final in the outside lane, he recovered thanks to his speed and snatched a superb 2nd place in the Final as well as in the Championship standings. Maciej Gladysz lost time in one heat due to a loose spoiler, but came back to compete for the leading places in the Final. After a retirement in the first race, Rashid Al Dhaheri made a superb run to climb back up to 4th in his Prefinal. He was leading the Final several times before finishing in the top five. Guillaume Bouzar started very well and won two races before having to retire in his last heat. Penalised for his spoiler in the Prefinal, he unfortunately missed his qualification. As for Dimitri Matrenin, he moved up in each of his heats, without being able to reach the Final stages yet.

The new Junior formation of the Parolin Racing Kart team is gradually getting its bearings. Philip Victorsson proved to be the best performer by climbing up to 5th place in his Prefinal. He was 10th in the Final after four laps under the slow procedure when he was eliminated from the race. Handicapped by several spoiler penalties, Giovanni Trentin managed to regain 18 places in the Final stages. Penalties and a retirement prevented Lukas Malek from Qualifying. Matvey Sonkin came back in each race, but he started too far back to reach the Final, while Arnur Shabdar had too many setbacks to succeed this time. 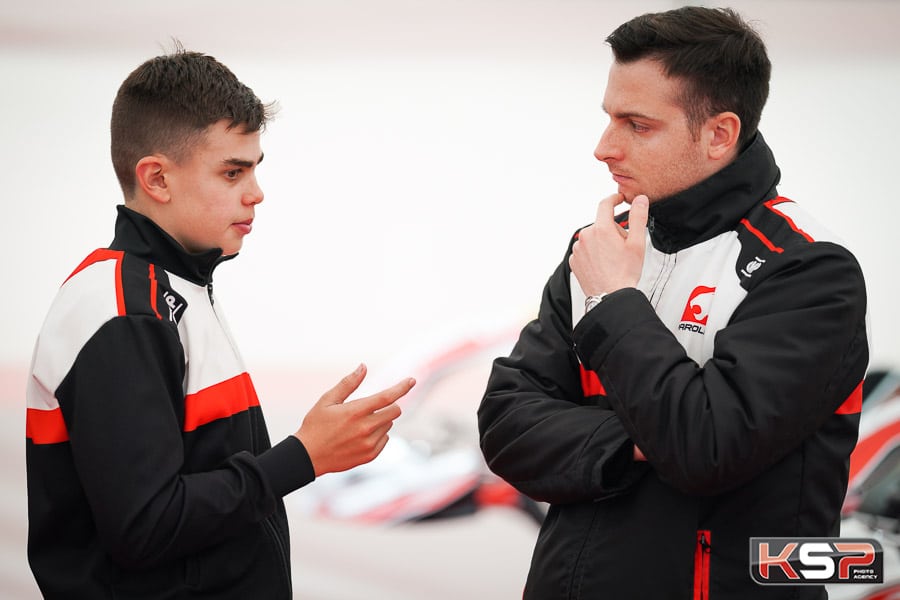 The three OK drivers from Parolin made good progress in the Qualifying Heats. Matheus Morgatto was in the top 10 in Prefinal B when he was forced to retire. Hugo Sasse, who had climbed 23 places since the Timed Qualifying session, also had to give up in the Prefinal. James Wharton continued his progression and won Prefinal A. Unfortunately, he lost ground as he started from the outside lane in the Final and then fought his way to the finishing line to finish close to the top 10. His performance nevertheless earned him 5th place in the provisional ranking.

The next major sporting event will take place in less than two weeks’ time with the 25th edition of the famous Winter Cup, which will be followed, on the same Lonato circuit, by the second round of the WSK Super Master Series. 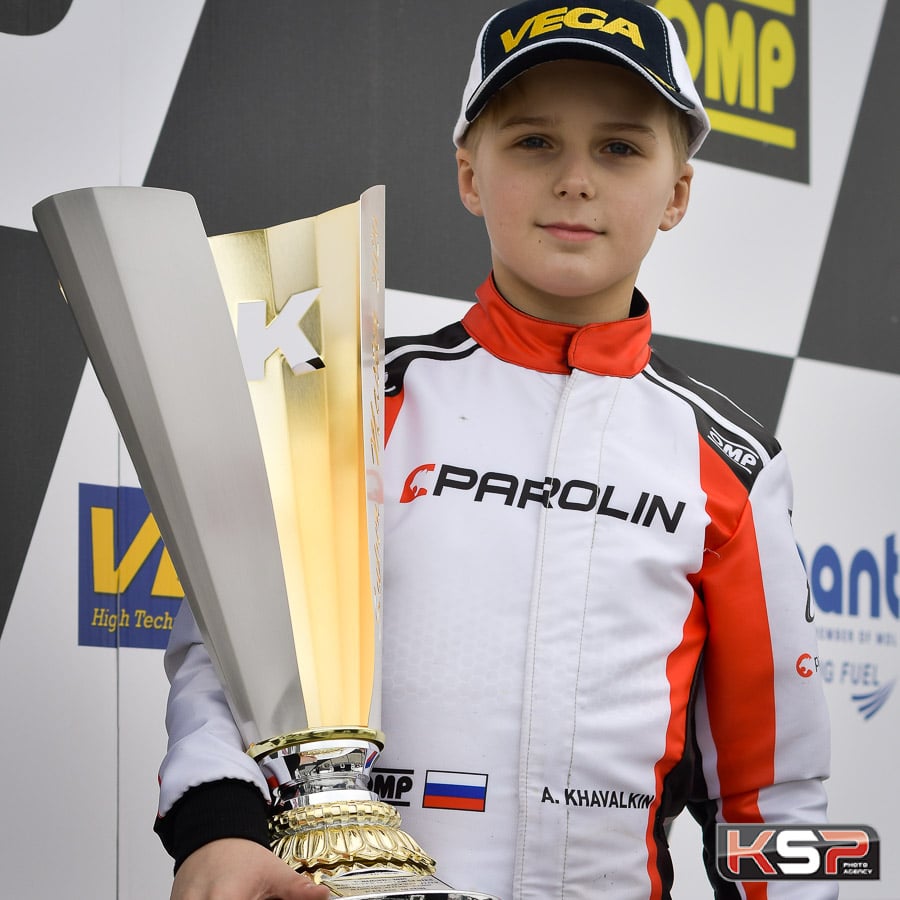 A promising start to the season at Adria

Double win at the Winter Cup

Victory at Adria in the European season opener

Parolin on the pace at Castelletto

Wave of success for Parolin at Lonato, with a double podium in 60 Mini