As he had hoped, James Wharton took part in his first race in the KZ2 category, which uses powerful 125cc gearbox engines. On the demanding Sarno circuit near Naples in Italy, the Australian racer mastered his first steps among the most experienced competitors on the international scene. The Ferrari Driver Academy driver made up 10 places in the Final to move up to 15th in this WSK Super Master Series event. 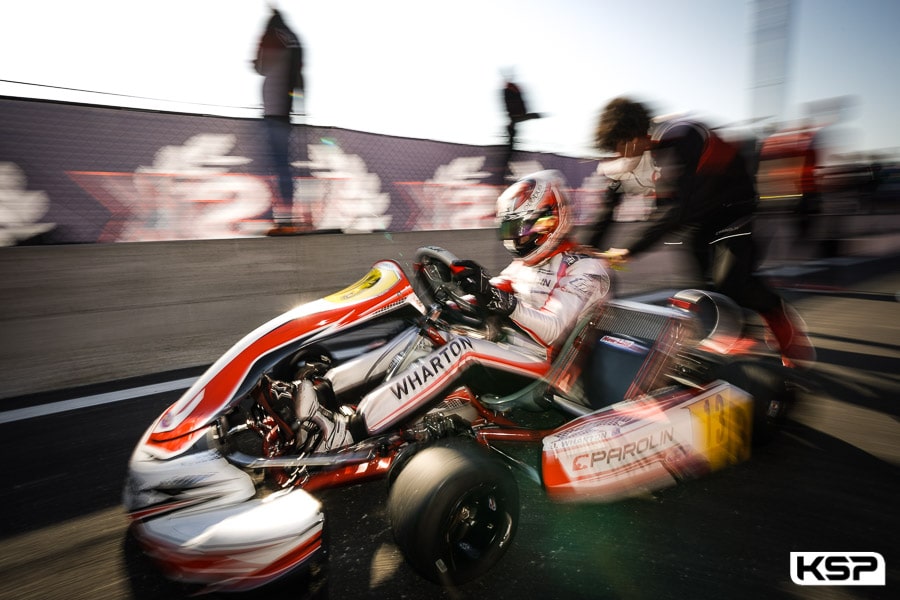 Charles Leclerc and Max Verstappen chose to continue their motorsport apprenticeship in a gearbox category in their final karting season in 2013. James Wharton also decided to go down this route, in agreement with All Road Management and the Parolin Motorsport team. “It was the right decision to make,” confirms the young Australian. “I am very excited and motivated by this new challenge. A week before the WSK Super Master Series, I had the chance to participate in the Grifone Trophy. This enabled me to learn more about my new kart and to discover the Sarno track which was redesigned this winter. From the start I managed to take pole position ahead of drivers who were much more experienced than me in this category. In the Prefinal, my start was difficult, I crashed in 5th position, but I still managed to get on the third step of the podium at the end of the Final.”

A lot of positives to remember…

With 52 drivers, the WSK Super Master Series event was obviously more difficult. “The meeting brought together both the drivers who will be competing in the European KZ Championship this season and my future opponents from the European KZ2 Championship. The objective was to measure myself against them and, in this context, the result is extremely positive, because I was regularly in the top 10. I made a clear run in all three Qualifying Heats. Only the Prefinal did not meet my expectations. I lost some precious places, which I quickly recovered in the Final.”

Starting from 25th position, James Wharton managed to gain 10 places thanks to fierce determination, constantly improving performances and magnificent overtaking. With this first top 15, the Australian scored his first points in KZ2 in the WSK Super Master Series. “I know I still have a lot to learn in this class, but I feel that I have already progressed in many areas thanks to the work done with the Parolin Motorsport team and my engine supplier. There are a lot of good things to take away from this event and I am already looking forward to the next one.”

Superb victory for Kremers in Sarno