After a successful and promising first season in single-seaters in 2022, marked by three 5th places in Formula 4 in the Italian, German and UAE championships, James Wharton has just started a second season of F4 racing that will be very important for the future of his career. A Ferrari Driver Academy driver, supported by All Road Management, Motorsport Australia and racing with the Mumbai Falcons Racing team, the 16-year-old Australian was in Dubai from 9th to 14th January for the first of five FIA-certified UAE F4 events. A podium finish has already rewarded his high level of performance. 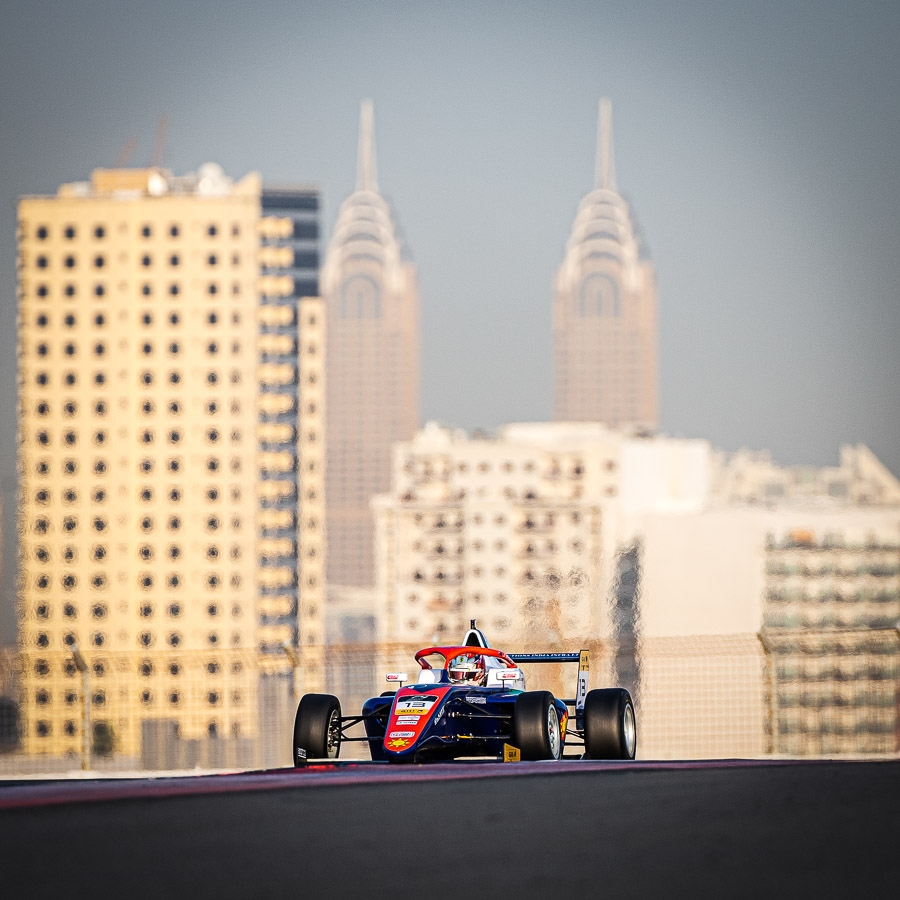 James Wharton is looking forward to his return to racing in 2023 with great anticipation and motivation. “My first season in F4 was very instructive and gave me a lot of satisfaction in terms of results,” James confessed. “Physically and mentally, I have prepared myself as well as possible to face this new year which promises to be intense. At the beginning of January, I was happy to return to the Dubai Autodrome where I scored my first F4 success. The standard in F4-UAE is incredibly tight this year, with no less than 39 cars on track.”

Leader of the Free Practice session held a few hours before the start of the official Qualifying session, James Wharton was confident for the rest of the competition. “The technical choices made with the team were positive. Unfortunately, I didn’t find the same efficiency during Qualifying. The car lacked a little grip and I found myself P10 in Q1 and P7 in Q2.”

Always excellent in the starting phases, James managed to move up from 10th to 6th on the first lap of Race 1. Managing to keep a high pace all the way to the end, the highly-combative Australian o and finally climbed to the third step of the podium. “I loved this race, it was one of my best since I started in F4 a year ago”. His fourth fastest time in the race allowed him to move to the second row of the starting grid for Race 2. Unfortunately, a bad move prevented him from starting normally at lights out. “This mistake probably cost me a good result and some important points. It’s a shame, because I was still very competitive.” Indeed, James managed to cross the finish line in 17th position after a sensational 22-place climb in the space of 11 laps!

Starting 7th in Race 3 following the result of the second Qualifying session, James confirmed that he is clearly one of the best F4 drivers today. “Again, I got a great start and was soon up to 4th place. Unfortunately, we had two successive episodes behind the safety car and I didn’t have the opportunity to fight for the podium. I could only secure 4th place. However, the balance of the meeting remains positive, even if I remain disappointed with the Qualifying that I would have hoped to have been better and the missed start in Race 2.”

Before James turns his attention to the Italian Championship, which starts in April, there are still four races to go in the UAE F4 Championship: at the end of January and the beginning of February in Kuwait, in mid-February again in Dubai and a week later in Abu Dhabi. After this first round, the FDA driver is in 5th position in the provisional Championship.

OK-N opens up to a wider public

Three podiums including a win for Wharton, again brilliant in Kuwait

Another incredible run in the European Championship

Objective: To finish the European Championship on a high note