Despite his mental strength, determination that is as great as ever and a talent that continues to assert itself, James Wharton experienced a difficult episode in the south of Italy. His participation in the second of the four events of the WSK Super Master Series (12th-14th March) ended with a retirement, although the Australian kart racer had fought with energy and perseverance to reach the Final of the OK category at the wheel of his Parolin-TM Racing kart. The La Conca circuit in Muro Leccese proved to be a tough one for the Ferrari Driver Academy driver. 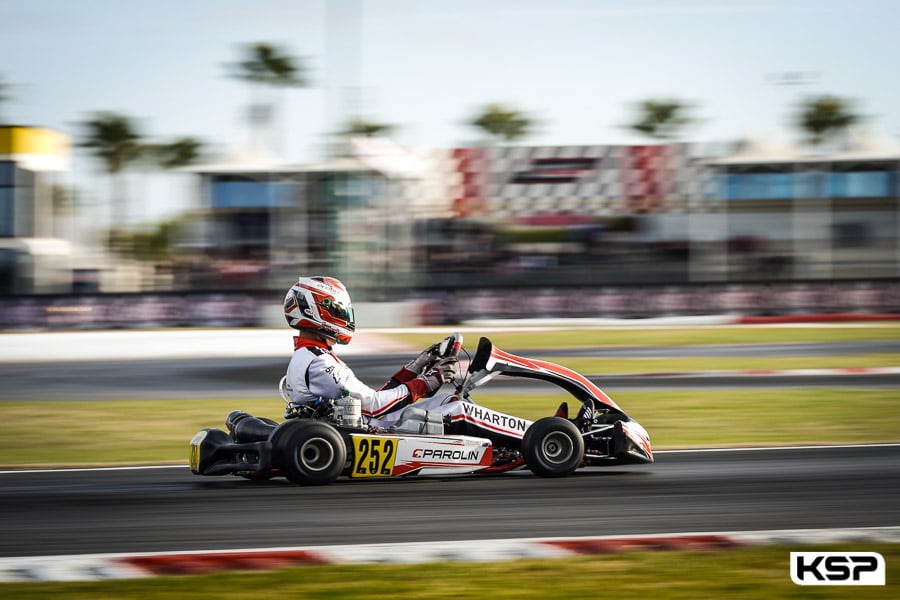 The new year has not started as James Wharton would have liked. In 2020, his first season in OK was very encouraging and the objective remains logically to confirm his potential as soon as possible. “At the moment it is clear that results are slow in coming, but my motivation remains intact. We are working hard with the Parolin Motorsport team to get back on track. I remember that I was fighting at the front in the first race in February before I encountered problems. I’m sure the good results will come back soon, one way or another,” commented the fast Australian.

Moving on from disappointment

The recently resurfaced La Conca surface posed some problems for James Wharton and his team. “We know that a key feature of this circuit is that it offers a lot more grip than other tracks we know. But this time the high grip phenomenon was even more pronounced. Already in Free Practice we couldn’t find the right balance for the situation, so the engine was struggling to deliver its power optimally. It was really frustrating.”

In Timed Practice there were no miracles and the Australian found himself in the bottom third of the standings. Fortunately, his fighting spirit allowed him to regularly gain places, especially during his Prefinal. “I had an excellent start to the race. The objective of getting into the top 17 to qualify for the Final was achieved, as I managed to get up to 11th.”

James Wharton, who has been followed by Nicolas Todt’s company All Road Management since the winter, was hoping to improve his position in the final race of the meeting, but a collision put an end to his performance in the opening laps. “I’m still optimistic and 2021 may hold some nice surprises for me. Maybe as early as the next race at Sarno near Naples, where I plan to compete in another WSK Super Master Series event.”