At the highest international level of karting, James Wharton has just competed in the biggest event of the season’s calendar: the OK World Championship. Arriving at the Portuguese circuit in Portimao with great ambitions, the Australian rookie confirmed his place among the top 20 drivers in the world. After a difficult Qualifying session due to the constantly changing weather conditions, James Wharton was forced to start in 29th position, before moving up to 17th under the chequered flag. 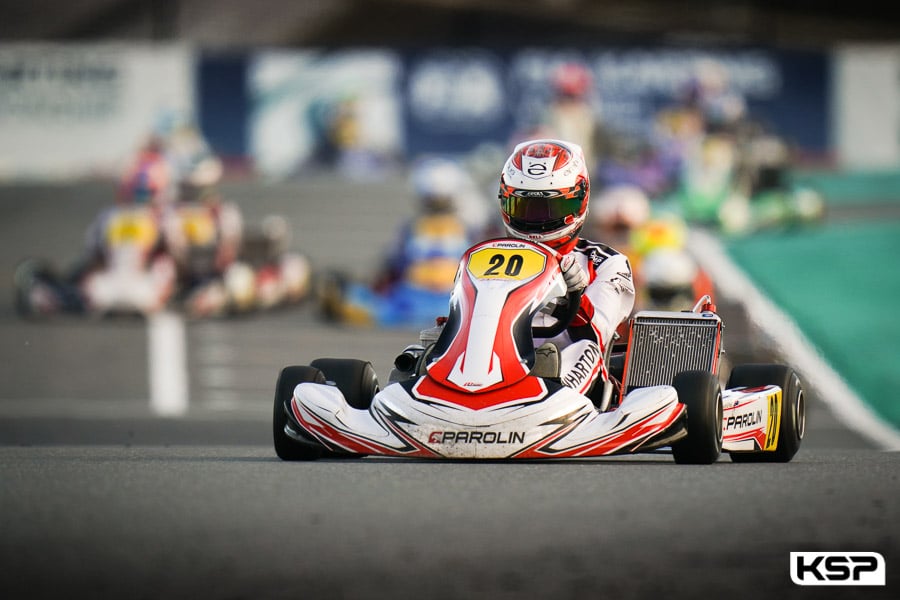 In the World Championship, James Wharton once again demonstrated his speed and fighting spirit. His stay at the magnificent Portimao motorsports complex will remain a very positive one, full of lessons and experience. “As I expected, the standard was very high. 74 drivers were entered in OK, including the best in the world. It is a constant challenge to fight against many drivers who are not in their first year in this category, unlike me. I am only 14 years old and I was still in the Junior class in 2019. Despite everything, I was very fast in all conditions, on a dry track as well as in the rain. The Parolin Racing Kart team did a great job, as did the engine manufacturer TM Racing.”

Very confident after Free Practice on Thursday, James had to face the rain the next day. He confirmed his ease by finishing 2nd then 1st in the two sessions before the Qualifying Practice. Unfortunately, he was the victim of a technical problem at this crucial moment of the meeting. “I found myself in 25th position and this obviously complicated my position in this competition. In the Qualifying Heats, various incidents disrupted my progress and this caused me to fall to 29th after the four heats. It’s a pity, because my 6th position in the last heat showed that I had a place in the leading group.”

On Sunday, the rain was back. James’ group was not one of those to participate in the last Qualifying Heats. “This gave them a small advantage, they were able to do a last rehearsal before the Final with the rain tyres and fine-tune their final settings. In addition, an accident at the beginning of the Final led to a restart. Although the first start allowed me to gain some places, I found myself at the back of the pack after the second start due to a crash. Coming back to 17th place at the finish, knowing that I was 33rd on the second lap, really was the best I could do in these difficult conditions.”

For the young Australian hopeful, the 2020 season is coming to an end soon, with some new reflections to prepare for next season in the best circumstances.