Qualifying Practice took place in very hot weather on Friday 17th June at the Italian circuit of Cremona Karting. Rubber was progressively deposited on the overheated track which made the task of the drivers more difficult. Noah Milell (FIN) set the fastest time in KZ, Arvid Lindblad (GBR) was the leader in KZ2 and Matias Orjuela took pole position in the FIA Karting Academy Trophy. 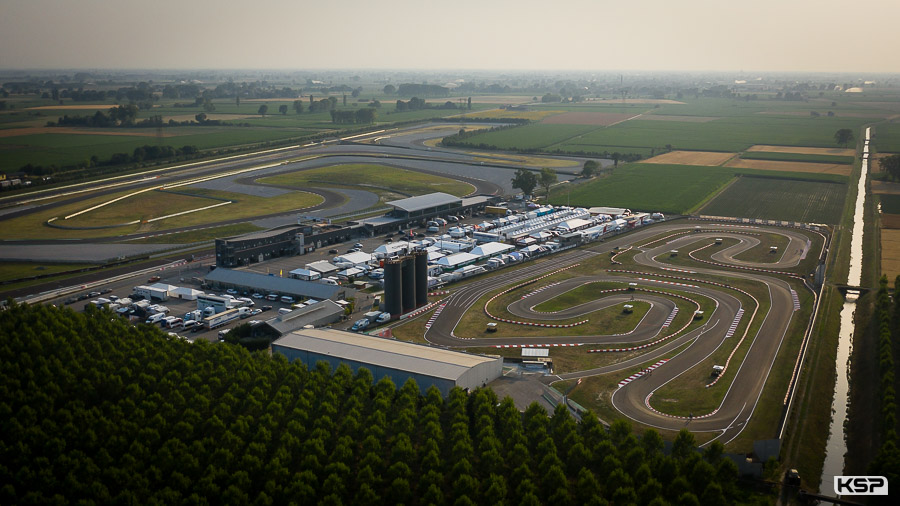 The heat was the talk of the town on the first day of competition in Cremona (ITA) where the second and final round of the FIA Karting European Championship – KZ & KZ2 and the second of the three rounds of the FIA Karting Academy Trophy took place. Although the thermometers were showing almost 35° from midday, the sensation was much higher. A phenomenon that is becoming increasingly rare nowadays due to the evolution of the components used in the manufacture of tyres, rubber deposits were forming in certain corners to the surprise of many drivers, particularly the youngest.

Reigning World Champion Noah Milell of Sweden made the most of his high-performance equipment to take pole position in the second round of the FIA Karting European Championship – KZ. With his third lap in 45”798, he was two tenths of a second ahead of his closest rival, Dutchman Senna van Walstijn. Finland’s Tuukka Taponen, the reigning OK World Champion, set an excellent third fastest time, while Spanish multiple World Champion Pedro Hiltbrand was fourth ahead of another Finn, Juho Valtanen. Second in the provisional ranking, Italian Paolo Ippolito took seventh place and French leader Emilien Denner finished ninth.

Noah Milell commented: “I knew from the last Free Practice that the equipment was very competitive. The Tony Kart Racing Team has prepared very well for this race. In Qualifying, I first positioned myself well so as not to be hindered by other drivers and I remained very focused so as not to make any mistakes. I didn’t suffer from the strong grip of the track, which I really like.”

With more than 80 drivers divided into four sessions, Qualifying Practice for the second round of the FIA Karting European Championship – KZ2 brought some surprises to Cremona. British driver Arvid Lindblad proved his amazing speed for a rookie by setting the fastest time in Session 2 in 46”099, more than 2.5 tenths faster than his direct pursuer Thomas Imbourg (FRA). The French leader of the provisional ranking Tom Leuillet was also very fast with the best time of Session 1 with 46”140, 1.4 tenths faster than Moritz Ebner (ITA). The gaps were closer in the two other sessions. Coming directly from the OK category, Italian Cristian Bertuca was the fastest in Session 4 by 9 thousandths against Danilo Albanese (ITA), while Dutch driver Tim Gerhards dominated Session 3 followed by Daniel Vasile (ROU) by 5 thousandths. Second in the championship, David Trefilov took 11th place, Markus Kajak (EST), third in the ranking, was only 37th against the clock and Kris Haanen (NLD), fifth, set the 40th time.

Arvid Lindblad’s analysis: “This circuit is new for everyone. It’s a special challenge to drive on such a compact track with our very powerful karts. I appreciate the great grip of the track, so I had no problems with it. I managed to put in a fast lap at the right time. I feel like I could have gone a bit faster, but my time was enough to get pole position. The expertise of my SP Motorsport team was very helpful in setting up my kart.”

Matias Orjuela makes the difference in the Academy

The participants of the FIA Karting Academy Trophy bravely defied the heat and grip of Cremona during the Qualifying session in the one-make Exprit/Vortex/LeConts. Colombian Matias Orjuela stood out on his third lap with a time of 48’413 in Session 1. He beat Aleksandar Bogunovi? (SVN) by a clear margin of more than two tenths. Belgian Thibaut Ramaekers was again the fastest in the second session with a time of 45’528, followed by Dinu Sabin Stroescu (ROU) by 17 thousandths. Mark Dubnitski (EST) completed the top five ahead of Iwo Beszterda (POL). The drivers currently ranked highest in the Trophy have fallen behind. Leader Arthur Dorison (FRA) finished 28th in Qualifying, second-placed William John Riley Go (PHL) was 10th ahead of third-placed Guillaume Bouzar (LUX).

Matias Orjuela: “I was confident after my very good last Free Practice session. In Qualifying I was well placed in relation to my rivals and I gave it my all at the right time with the tyres in order to be able to line up the three sectors in purple. Physically, it was not easy because of the strong grip of the track.”

The Cremona event can be followed on the official FIA Karting Championship app for mobile devices and on the website www.fiakarting.com.