The drivers of the French F4 Championship had two particularly lively races in Valencia. The Australian Barter then Peugeot successively took the top step of the podium, but Giusti did well in the general classification. 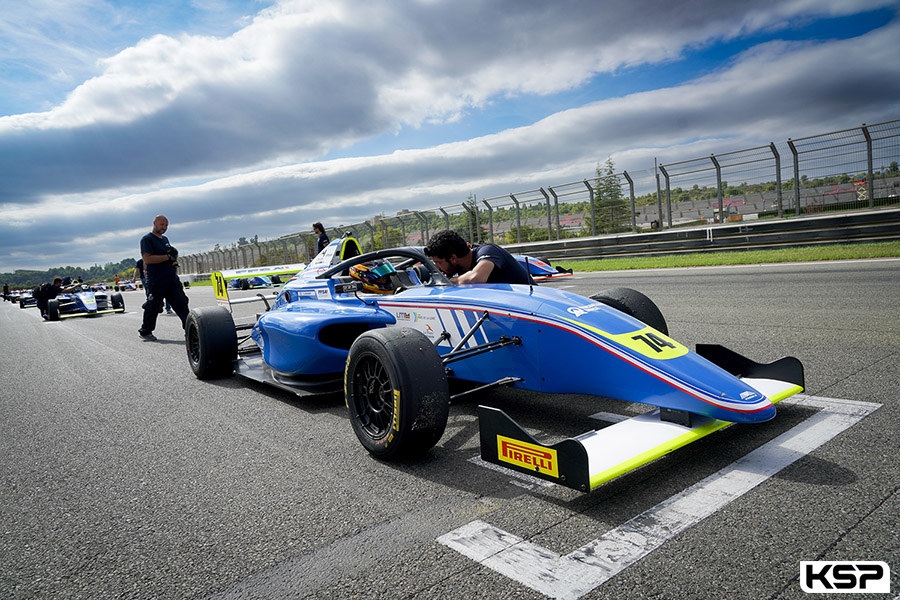 The further the Championship progresses, the narrower the gaps between the many drivers racing in F4 with the FFSA Academy, leading to ever greater ambitions on the part of the academicians. This resulted in some particularly intense duels on the Spanish circuit of Valencia. In this context, there were a few successive race incidents, but it was above all the panache of the drivers and the superb overtaking seen in the two races that were the hallmark of this Saturday.

Race 1: Another win for Hugh Barter
Beaten by Alessandro Giusti in the Qualifying session, Australia’s Hugh Barter managed to overtake the French driver to take the win, while setting the fastest lap in the race. Japanese driver Souta Arao followed closely behind the leading duo, but was never able to improve on his 3rd position. Behind him, several incidents occurred in the pack, leading to two safety car periods. During one of these neutralisations, Japanese driver Yuto Nomura was caught out and hit Dario Cabanelas. Both drivers were forced to retire while they were aiming for the top five.

4th place went to Elliott Vayron who won his duel with Jeronimo Berrio. Enzo Peugeot made an excellent start and crossed the finish line in 6th place ahead of Louis Pelet, who drove perfectly to come back from 15th place! Enzo Richer scored his first points in the Championship by taking 8th place ahead of Romain Andriolo. The top 10 was completed by Leny Réveillère, who had been unfortunate in Qualifying, before moving up 11 places despite the two safety car periods.

Race 2: Enzo Peugeot from start to finish
The inverted grid for the top 10 in Qualifying put Enzo Peugeot on pole position for Race 2. His direct rivals were secretly dreaming of getting the better of the French hopeful. Enzo did not give them much hope, however, as he made a clean sweep of the track and made some excellent restarts after the two safety car periods. Already the winner of Race 2 at Spa Francorchamps, Peugeot took his second F4 victory.

With a better start than Enzo Richer, Colombian Jeronimo Berrio logically conquered 2nd place, dragging the very combative Elliott Vayron in his wake. In his rear-view mirror, Vayron saw Hugh Barter coming back, but held on until the end. After his excellent drive in Race 1, Alessandro Giusti did not spare any efforts to come back from 10th to 5th place. The Frenchman got the better of the two Japanese drivers Yuto Nomura and Souta Arao. The last places in the top 10 were particularly coveted. After a difficult start, Romain Andriolo controlled the comeback of Swiss driver Dario Cabanelas to keep the 8th place just ahead of Enzo Richer. After their misadventure in Race 1, the Belgian Lorens Lecertua and Pablo Sarrazin finished a few metres behind.