Approximately four months after the final round of the WSK Super Master Series, the WSK Euro Series was launched from 14th to 17th July at South Garda Karting in Lonato, once again with a large and strong field. As a partner of the WSK Promotion for the entire 2022 season, the manufacturer LeCont equipped the drivers in the KZ2 category. In difficult conditions of high heat and high grip, the Italian tyres gave full satisfaction to each participant, contributing to the quality of the races. 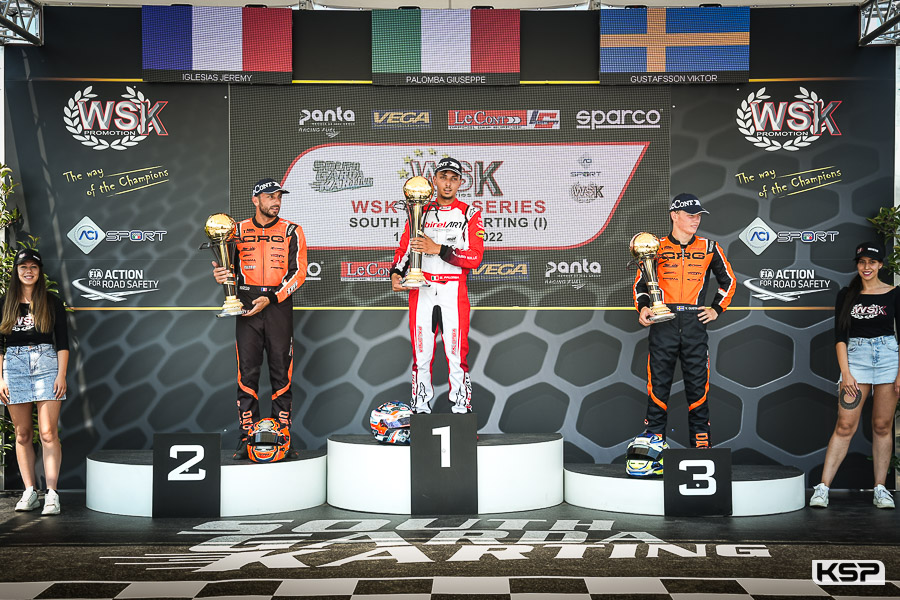 While the FIA Karting European Championships in KZ and KZ2 ended in June, many drivers and teams are already thinking about the next World Championship scheduled for September. LeCont has been selected to supply the meeting that will take place in Le Mans and the competitors racing at Lonato welcomed the choice of the Italian manufacturer by WSK Promotion for the KZ2 category. “We were delighted with the atmosphere of the WSK, the quality of its organisation, the whole team of Luca Donno and Paola, who we were delighted to see again in good form,” commented Paolo Bombara, the marketing manager. “LeCont had an extremely positive experience in the OK category during the first part of the season, in the Champions Cup and in the Super Master Series. The objective was logically to continue this momentum by ensuring the satisfaction of the KZ2 drivers this time.”

All the indicators are green…

With temperatures regularly exceeding 30° and a surface that can reach slightly more than 60°, the tyres were put to the test, but performance and consistency remained constants of the meeting. “Four weeks after the FIA Karting event in Cremona, it was important for us to return to a circuit in Italy, where a demanding category, high grip and high temperatures demonstrate the quality of our tyres. From Qualifying onwards, the gaps between the drivers were extremely small and the lap times were kept within a narrow range throughout the races. Danilo Albanese took pole position with 45″315, before setting the fastest lap in the first two heats with 45″575 and even 45″454. In Heat 3, it was Giuseppe Palomba’s turn to lap in 45″595. Then on Sunday, Jérémy Iglesias set the fastest lap in the Prefinal with 45″491 and Danilo Albanese concluded the Final with 45″466. These are very revealing times that confirm the competitiveness of our tyres over a lap and over the duration of the event. As we expected, tyre wear was limited. At the factory, work is incessant to achieve these very rewarding results for LeCont.”

At the South Garda Karting, the teams were able to work in ideal conditions, both to put their drivers in a position to achieve the best possible ranking in this opening round of the WSK Euro Series, but also to gather valuable information for the next rounds. The KZ2 class could be further expanded at the second and final round in Sarno at the end of July. For LeCont, this will be another opportunity to showcase the high technology of its products.

Giuseppe Palomba, the brilliant winner of the Final despite a mishap in Timed Practice, will arrive as leader of the series near Naples, but with the same number of points as Jérémy Iglesias, 2nd in Lonato ahead of Viktor Gustavsson.