Home Press releases Another podium for Stolcermanis and Energy Corse in FIA Karting!

Whether in Italy, on the Iberian Peninsula or in Sweden in the Nordic countries, the Energy Corse team continues to do wonders. Already winner of the Champions of the Future Winter Series in Franciacorta, then fighting for victory in the opening round of the 2022 European OK Championship in Portimao, Tomass Stolcermanis has this time climbed to the third step of the podium in FIA Karting in Kristianstad. The Energy Corse team has once again confirmed its great competitiveness at the highest international level. 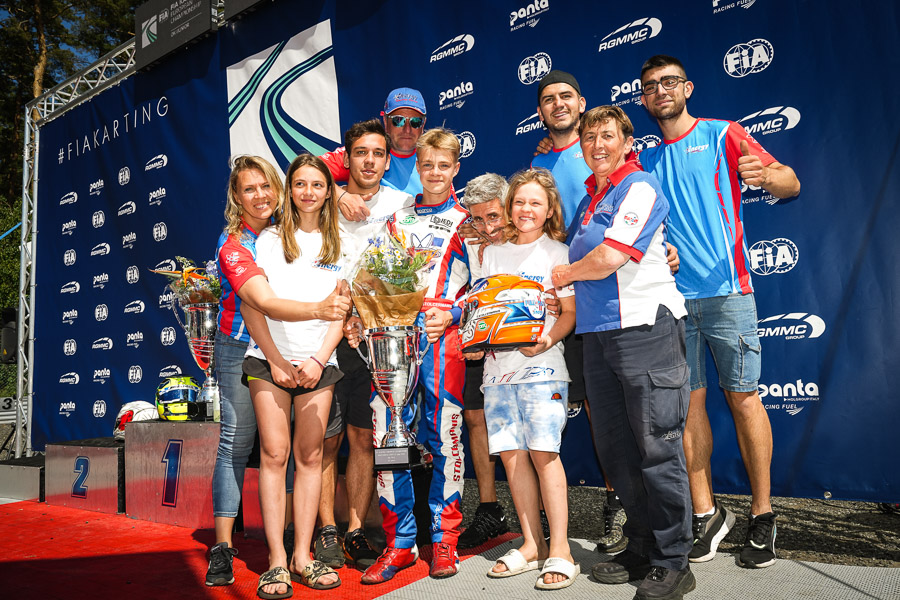 Trophy collection has continued for the Energy Corse drivers from the beginning of the season onwards. “The preparation of the equipment, the working methodology that we apply during Free Practice and the races, as well as the relationships that we maintain with the drivers, allow us to be reactive and to offer the best possible package at each meeting,” said Mick Panigada, the team manager. “I have to thank our technical staff, led by Luigina Gerrini and Simone Sorio, as well as our engine builder GFR for this. We have good drivers, but we also know that the standard of FIA Karting is extremely high and that the gaps are so small that a race can quickly turn one way or the other. This time, the podium awaited us, which is very rewarding for the whole team.”

In OK, Tomass Stolcermanis was very fast from the beginning of the meeting on the selective Swedish track of Kristianstad. 4th in the Timed Qualifying, the young Latvian won three heats and confirmed his form by winning the Super Heat with the fastest lap. The place on the outside of the front row is not always the best and Tomass lost three places at the start of the Final, before coming back brilliantly to 3rd position at the chequered flag. Although Tomass Stolcermanis could regret the penalty he received in April in Portugal (incorrect position of the front fairing) which deprived him of the win, the Energy Corse driver was delighted to move up to 6th position in the provisional European Championship ranking, with the possibility of going for the overall podium in July in Franciacorta!

Singaporean Akshay Bohra, who had made a spectacular recovery from 28th to 12th place two weeks earlier in the Champions of the Future Euro Series, was one of the fastest drivers in Free Practice at Kristianstad. Unfortunately, the Qualifying session relegated him to the second half of the table. “Two tenths faster could have put him in the top ten in the time trials, which would have changed the face of his meeting,” said Mick Panigada. 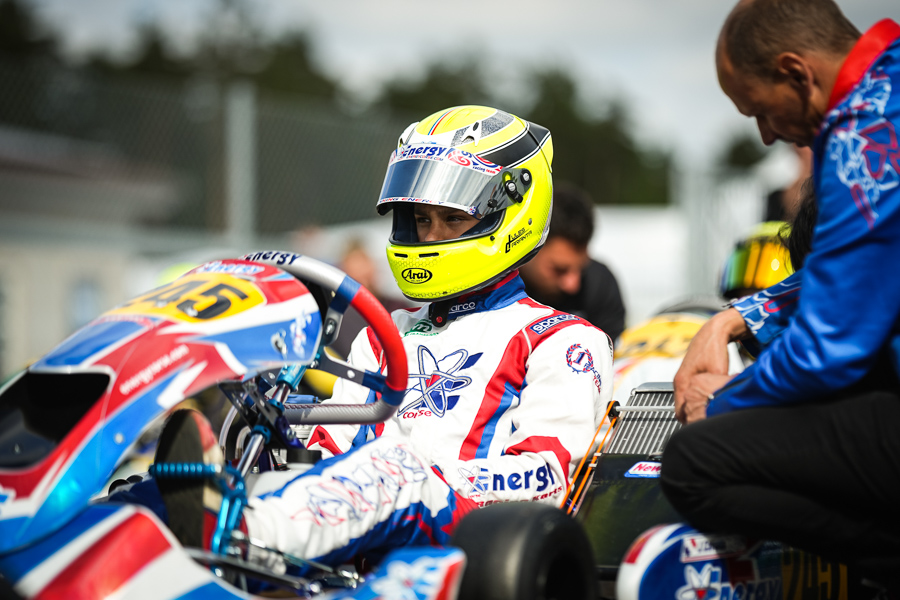 Ups and downs for the young hopefuls

In OK-Junior, the Energy Corse team recorded excellent results in the meetings leading up to the European Championship in Sweden. In FIA Karting in Zuera, Frenchman Jules Caranta achieved one of the best results of his career by finishing 5th in the Final. 14 days earlier, he had started on the front row of the Final at the Champions of the Future Euro Series, before failing to make it to the end. That day, his team-mates Andres Cardenas and Martin Molnar made great comebacks to reach the Final top 10.

These three drivers were hoping to confirm their performance on June 5th, but the races were not always favourable to them. All of them hope to take their revenge in July in Franciacorta during the final round of the European Championship. As for the Canadian Jensen Burnett and the Swiss driver Kian Fardin, they continue to progress in their first season in OK-Junior.

Energy and success for Stolcermanis before the European Championship

Energy Corse takes up residence on the podium

Energy Corse’s 2022 season has begun with victories and podiums

Energy Corse on the most important international podiums

Brilliant performances and a top three at the European Championship