Junior Max: Marsh a solid winner in the Final 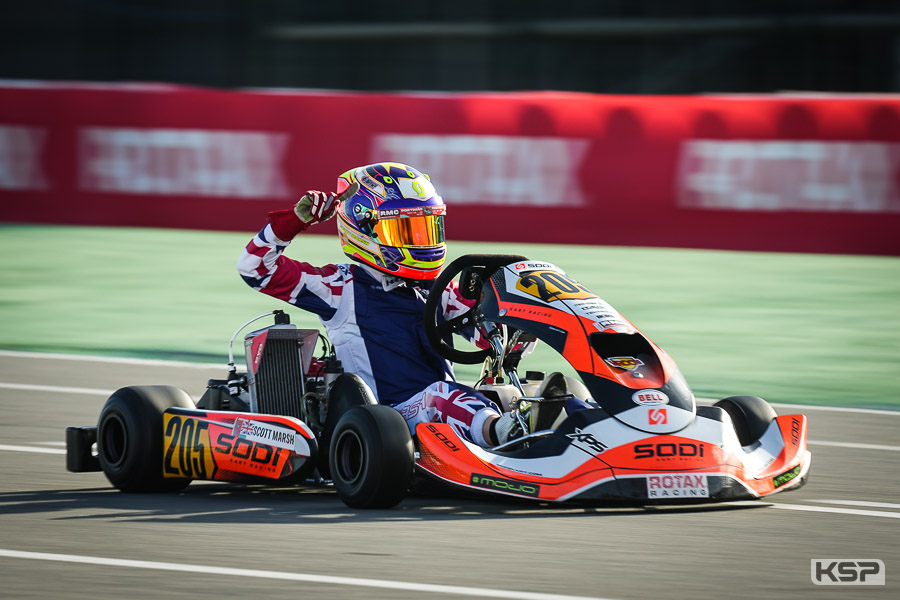 The Junior Max Final of the RMC Grand Finals in Portimao was set up on the grid in the beautiful Algarve weather. Scott Marsh (GBR) held the lead at lights out, but Vinnie Philips (GBR) led the first lap ahead of Charlie Hart (GBR). Marsh immediately took control of the situation, followed by Ethan Jeff-Hall. Kasper Schormans (NLD) came back to 4th ahead of Philips while Maxencce Bouvier (France) moved up to 6th position. Mathis Carnejac (FRA) moved up into the top 10 after a difficult start. Jeff-Hall attacked for the lead on lap 4, Bouvier moved up to 5th ahead of Philips who was immediately replaced by Hart. The Frenchman then came back to 4th, 5 tenths behind the top three. Marsh battled again with Jeff-Hall for 1st place, while Schormans followed in 3rd, a few lengths behind. At the halfway point, Schormans was in 2nd place and Bouvier in 3rd. Tommie van der Struijs (NLD) was back in the top five while Marsh had made the difference at the front with a lead of more than a second. Jeff-Hall and van der Struijs overtook Bouvier who was now in 5th place. Further back, Carnejac could not keep up the pace and dropped back to 15th. Jeff-Hall continued to make his way back to the lead and took 2nd place from Schormans. Bouvier made a good attack on van der Struijs to take 4th place with Philips on his heels. The battle was intense in a tight bunch for 4th position, Marsh managed to finish the race with a superb victory, 9 tenths ahead of Jeff-Hall, followed by Schormans by a second. Bouvier resisted the pressure of the last lap to finish 4th ahead of Hart and Philips, whereas van der Struijs went on the grass and finished 12th. Carnejac’s ordeal ended in 20th position.