It was a warm and sunny day in Portimao on Friday afternoon for the Junior Max Prefinals of the Rotax Max Challenge Grand Finals. 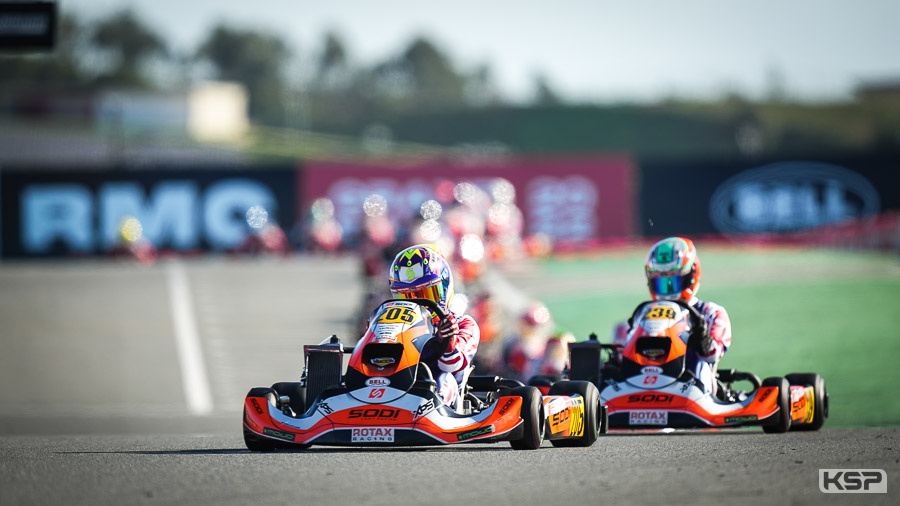 Scott Marsh (GBR) logically kept the lead at the start of the Prefinal A against Vinnie Philips (GBR) and Klayden Ensor-Smith (ZAF). Mathis Carnejac (FRA) was immediately 4th ahead of Gaston Irazu (ARG). Philips attacked his compatriot Marsh on the fourth lap, while Georgios Kafantaris (GRC) was back in the top five ahead of Austin Lee (DEU). At the halfway point, Hugo Martiniello (FRA) had moved up eight places to 17th. Marsh regained the lead on lap six. Carnejac lost a place in the increasingly intense battle. Eight drivers started the closing laps in a tight formation. Philips controlled Marsh, but dropped back to 8th because of a loose spoiler. Marsh took the win ahead of Ensor-Smith and Carnejac in 3rd, followed by Jenson Burnett (CAN) and Lee. Martiniello finished 16th with a gain of nine places despite a spoiler penalty. 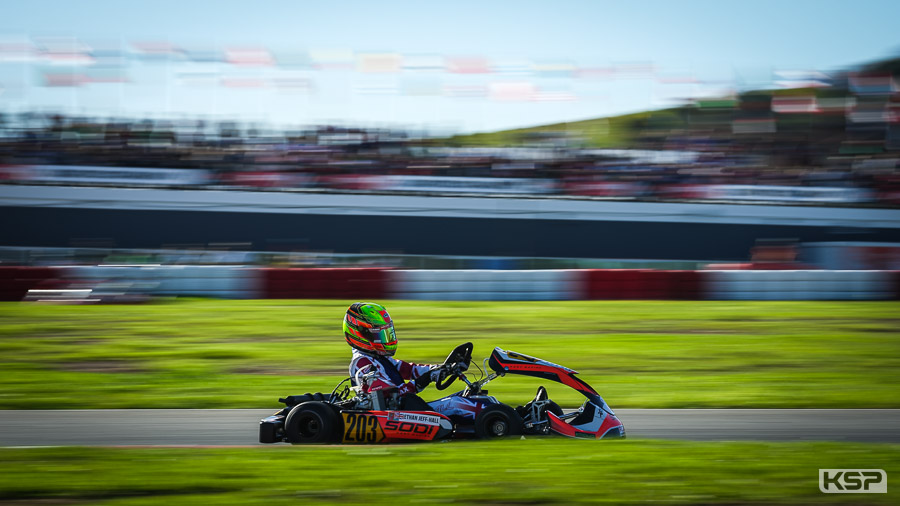 Charlie Hart (GBR) made a good start in Prefinal B ahead of Ethan Jeff-Hall (GBR) and Maxence Bouvier (FRA) who had a good start against Nik Trobec (SVN). Louis Iglesias (FRA) had made up two places in 15th position, but was caught up in a collision and did not finish the third lap. Bouvier was fighting against Trobec to keep his 3rd place. Jeff-Hall had taken the lead over his compatriot Hart. The 11 leaders were still very close together after half the race. Jeff-Hall had built up a small lead heading to the finish, while Bouvier was putting pressure on Hart for 2nd place. The Frenchman was 2nd going into the last lap and controlled Hart until the end while Jeff-Hall won by 3 tenths. Bouvier and Hart dropped back to 10th and 11th because of their unhooked spoilers. Gustavs Usakovs (LVA) was 2nd ahead of Kasper Schormans (NLD), Muhammad Wally (KWT) and Tommie van der Struijs (NLD).

In the final ranking, Marsh was leading Jeff-Hall, Philips, Ensor-Smith and Hart for the top five. Carnejac was 7th, Bouvier 10th. The competition was over for Martiniello in 43rd and Iglesias in 46th.