The two Senior Max Prefinals of the Rotax Max Challenge Grand Finals in Portimao took advantage of very good weather and a temperature of 24°. 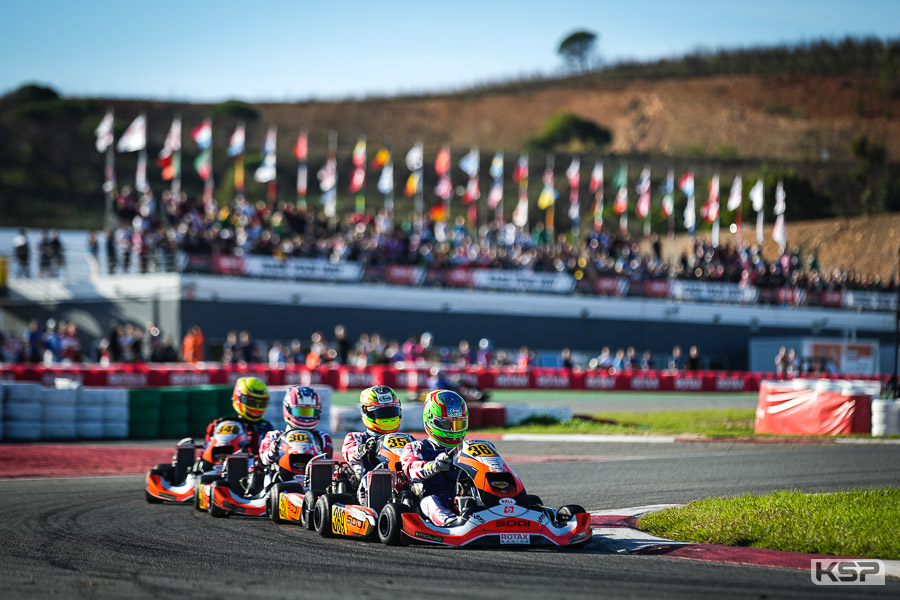 The drivers in Prefinal A approached the start line at a very moderate pace. Ethan Pharamond (FRA) kept the lead against Callum Bradshaw (GBR) and Kai Hunter (GBR). Kai Rillaerts (BEL) was 4th and Eduardo Barrichello (BRA) 5th against Rohaan Madesh (IND). The third lap was hectic with Bradshaw taking the lead ahead of Hunter and Barrichello. Pharamond was 7th. Michael Dauphin (FRA) held on to 15th while Mathis Parlant (FRA) was back to 19th with a gain of 14 positions. Sean Butcher (GBR) was back in the top five with the fastest time at the halfway point. Four drivers were leading as the final laps approached. Pharamond, who had fallen back to 10th, struggled to close the gap. Hunter attacked Bradshaw for 1st place, Butcher passed Barrichello for 3rd. We were heading for a British hat-trick. Hunter beat Bradshaw and Butcher (+6 pl) with Barichello 4th by a tenth. Madesh finished isolated in 5th, before a spoiler penalty. Disappointment for Pharamond in 9th, Dauphin had fought hard to finish 16th among the youngsters, and Parlant had made up 14 places to 19th despite a dropped spoiler. 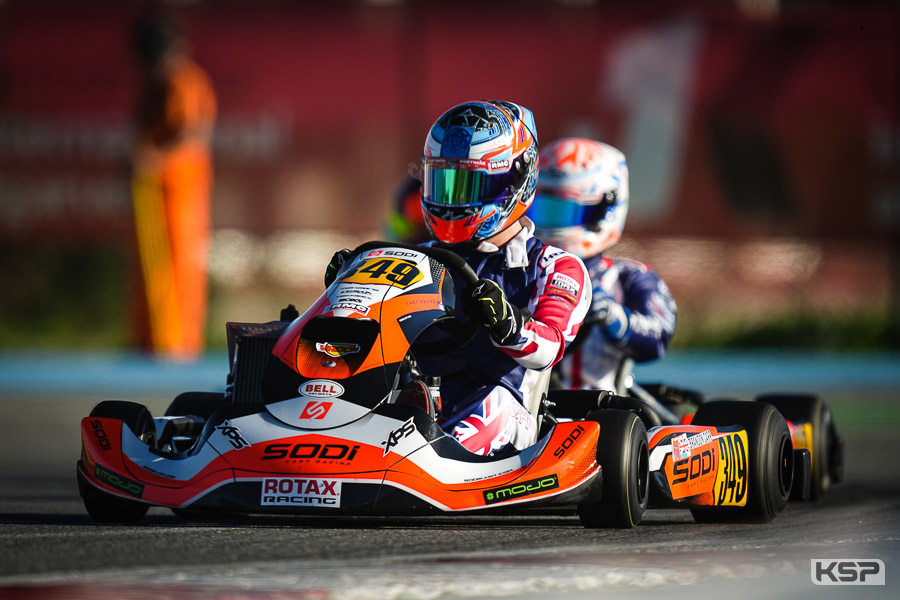 Lewis Gilbert (GBR) took the lead from Zsombor Kovacs (HUN) on the first lap of Prefinal B. Miska Kaskinen (FIN) was 2nd ahead of Nolan Lemeray (FRA), then Janne Stiak (GER) and Brandon Carr (GBR). The very close gaps between the top four meant that there was a battle to be had. Kaskinen attacked Gilbert, but it didn’t go very well. Lemeray took the opportunity to take the lead ahead of Stiak and Carr. Kaskinen was 7th and Gilbert 13th. Stiak was first in front of Lemeray, the Frenchman replied before the halfway point. Stiak attacked again, followed by Carr in front of Lemeray. Gabriel Cacoilo (PRT) was 4th ahead of Francesco Grimaldi (ARG). Kaskinen came back to 6th and Gilbert in 9th lined up the fastest laps. The pressure was mounting behind the leader. Carr took the lead on the 11th lap ahead of Stiak, but Lemeray dropped back to 8th and continued to lose ground, a technical problem that forced him to retire. The last lap was epic. Carr won against Stiak, with Cacoilo 3rd, Grimaldi 4th and Gilbert 5th. Kaskinen was disqualified for his manoeuvre.

Hunter came out on top in the standings ahead of Bradshaw and Gilbert, then Kovacs 4th and Stiak 5th. Pharamond finished 6th, Lemeray 25th and Dauphin qualified 32nd. Parlant was 54th.