Friday was dedicated to the Prefinals, which were more like Super Heats, as the points of this last race before the Final were added to those already scored during the heats. In Mini Max, Thomas Pradier and Louis Baziret did their utmost in the Prefinal A, where they fought for the victory with the Briton Harry Bartle and the Dutchman Gage Korn. The two Frenchmen managed to take the lead and finally Pradier had the last word, while Baziret took 3rd place. They will start in 4th and 8th place respectively in the Final. 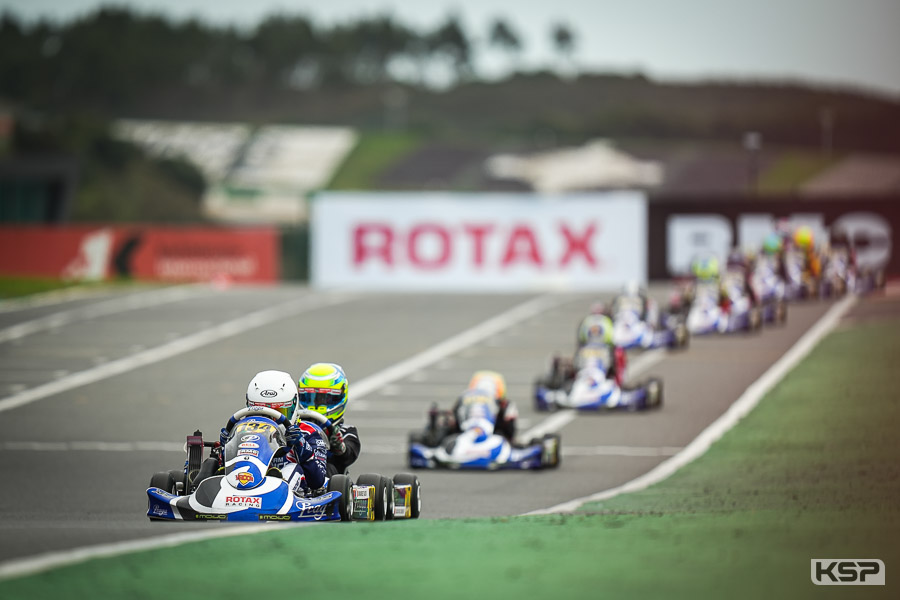 As in the heats, Luka Scelles made another brilliant comeback, moving up from 24th to 12th place. Unfortunately, a collision in a heat cost him his place in the Final, by three points! The Rotax Grand Final was definitely not a smooth ride for Aloïs Girardet. A driver cut him off and flew over him at the start! Fortunately, he was able to continue and move up a few places to save his qualification for the Final, but he will start at the back of the pack (31st out of 36).

In Junior Max, Hugo Martiniello finished his event in a positive way. Already 2nd in his group in the morning warm-up, he took back 14 positions in his Prefinal, with the 2nd fastest time in the race and the satisfaction of finally having a performing machine. However, Hugo knew that qualification was compromised after the time trials. He was ranked 43rd at the intermediate stage.

Unable to avoid a collision between two drivers just in front of him, Louis Iglesias lost everything in a few seconds, especially his place in the Final. It’s a pity, because the Frenchman had the potential to aim for a good result, but in the end he only finished 46th. Team France can however count on Maxence Bouvier and Mathis Carnejac for a possible podium. Maxence gained two places during his Prefinal, crossing the finish line in 2nd position. It’s a pity that a penalty (spoiler) will force him to settle for 10th place on the starting grid for the Final. Mathis Carnejac was 3rd in his Prefinal and 7th overall, showing himself to be as fast and consistent as ever in Portimão.

DD2, the spirit of the ultimate Rotax Max class