The skies in Portimao remained clear for the DD2 Prefinals of the Rotax Max Challenge Grand Finals with a pleasant temperature of 24°. 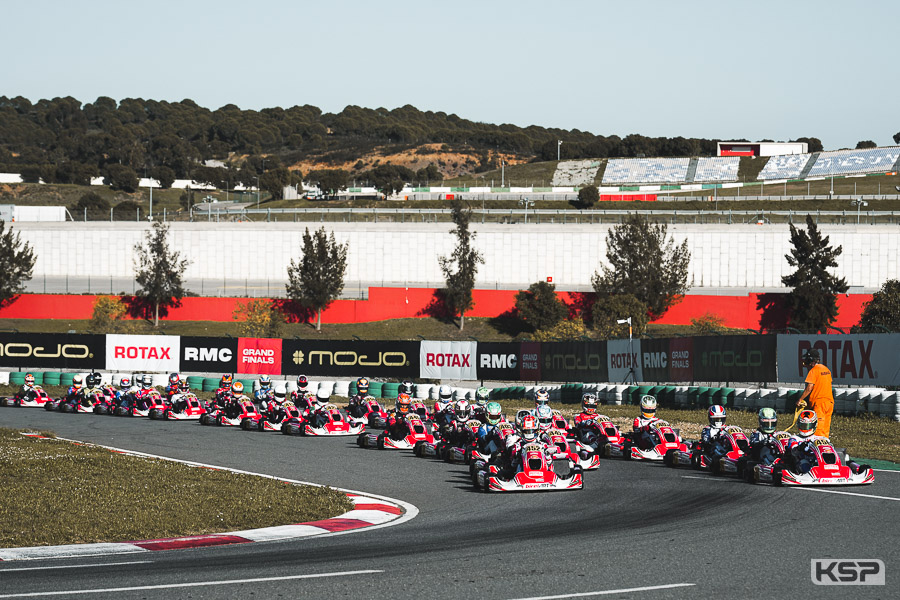 Xen De Ruwe (SVN) immediately took the lead over Jakub Bezel (CZE) to follow the leader Mark Kimber (GBR). Antoine Barbaroux (FRA) remained in 4th place, Nicolas Picot (FRA) moved up to 5th. Already very fast, Kimber created a significant gap. Picot moved up to 4th ahead of Philipp Moitzi (AUT) and Barbaroux. At the back of the grid, Hugo Croquison (FRA) had moved up seven places to 27th. Kimber was running fast laps in the lead, but De Ruwe reacted at the halfway point and set some excellent times to close in on the leader Kimber. The latter had however some resources in reserve and controlled the race until the end. Kimber won the race 6 tenths ahead of De Ruwe. Jakub Bezel was 3rd at 2,5”, Moitzi 4th and Picot 5th. Barbaroux came back to 8th at the end of the race, Croquison had gained 15 places to 19th position. 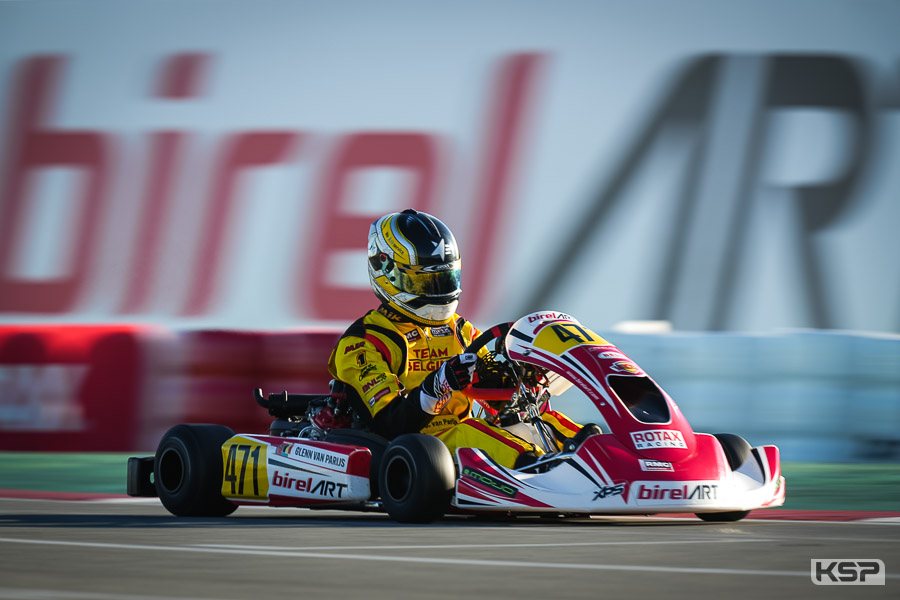 Glenn van Parijs (BEL) was followed by Emil Akmens (LVA), Chris Haanen (NLD) and Petr Bezel (HUN) in the first lap of Prefinal B. Paolo Besancenez (FRA) had already recovered five places in 8th position. While Van Parijs was leading, Haanen and Bezel were chasing him. Besancenez set the fastest time on the 5th lap. At half-distance, Van Parijs was leading with 1,2” advantage on Bezel, Haanen and Dawid Maslakiewicz (POL). Besancenez was in 6th position, close to 5th. Van Parijs managed to keep his lead and took the win against Petr Bezel. Maslakiewicz finished in 3rd place, while Besancenez lived up to his reputation by moving up to 4th (+9 pl) ahead of Haanen. Rubens Barrichello (BRA) finished 23rd with an gain of nine places.

In the overall classification, Kimber was leader ahead of Van Parijs, then the Bezel brothers Jakub and Petr, De Ruwe 5th. Barbaroux was 10th and Picot 11th, Besancenez 19th with another seven places gained. Croquison left the stage in 56th position.