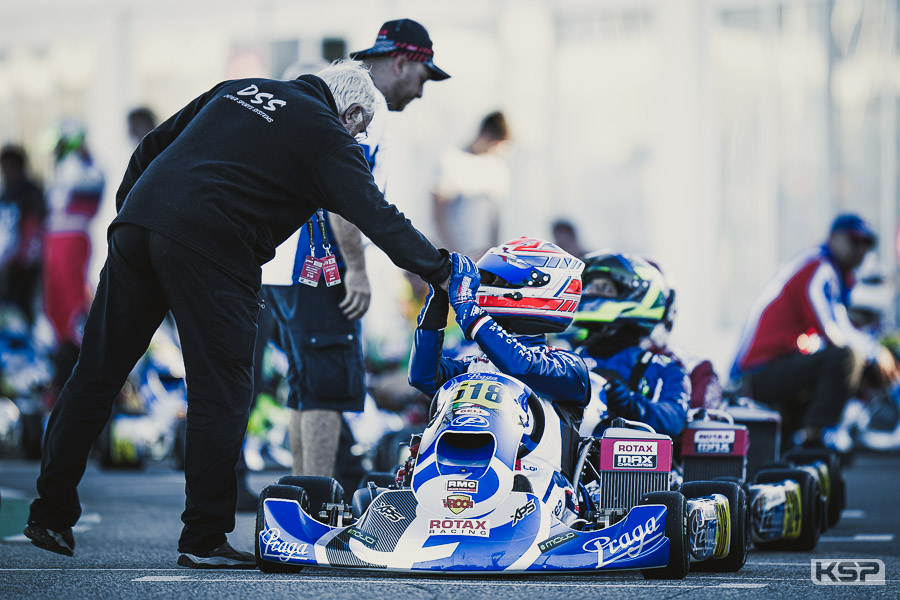 After two false starts, the drivers in the DD2 Master Prefinal of the Rotax Max Challenge Grand Finals were stopped with a red flag for a call to order from the front row. The race could then be started correctly. Paul Louveau (FRA) kept the lead over Fernando Guzzi (BRA), Kristaps Gasparovics (LVA), Martynas Tankevicius (LTU) and Derek Wang (USA). Louveau was the fastest and was already in the lead on the second lap. Guzzi then came back on the pace. Vivien Cussac-Picot (FRA) was 8th. Claudio Pagliarani (ITA) made a remarkable comeback into the top 10 with 11 positions taken. At the halfway point, Louveau had increased his lead to 1,6” over Tankevicius. Gasparovics and Wang also passed Guzzi. Pagliarani then entered the top five. Louveau took a comfortable lead of 1.9″ and the fastest lap. Tankevicius took 2nd place ahead of Gasparovics and Paragliani who moved up 17 positions. Wang completed the top five. Cussac-Picot was 9th and Charles Seguin (FRA) 16th.

Louveau was leading the standings after all his wins over Gasparovics, Tankevicius, Guzzi and Wang. Cussac-Picot was 8th, Pagliarani 13th and Seguin 16th.