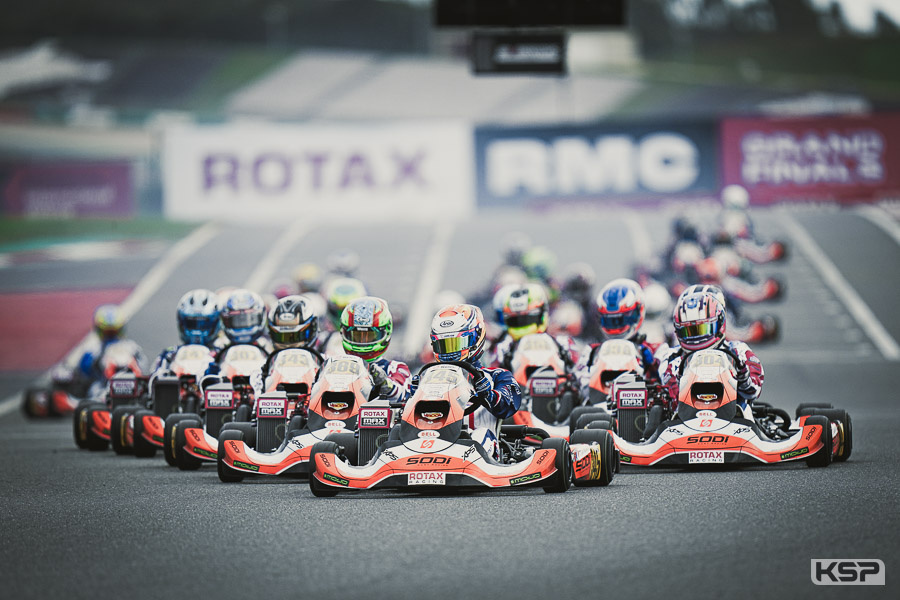 La publication du classement des manches Senior Max de la Rotax Max Challenge Grand Finals de Portimao a pris un certain tempThe publication of the ranking of the Senior Max heats of the Rotax Max Challenge Grand Finals in Portimao took some time. Unrelatedly, the top four drivers are credited with the same 10 points. Poleman Ethan Pharamond (FRA) retained his lead against Zsombor Kovacs (HUN), Kai Hunter (GBR) and Lewi Gilbert (GBR), who came back from 22nd place on the clock. Callum Bradshaw (GBR) came back to 5th place by one point after impressive results including two wins like Hunter. Despite a penalty in his last heat, Nolan Lemray (FRA) finished in the top 10 ahead of Eduardo Barichello (BRA). Sean Butcher (GBR) was forced out of his Heat 3 on the last lap and was 17th instead of the leader. Michael Dauphin (FRA) twice finished in 8th place, but lost a lot of ground when he was forced to retire midway through the A-D race and ended up in 29th place.