Yesterday saw the first real part of the full-throttle action that was experienced by the whole paddock, as all 394 drivers would brave the changeable weather conditions that saw the final part of Non-Qualifying Practice and the first five of eight classes go out for Qualifying. 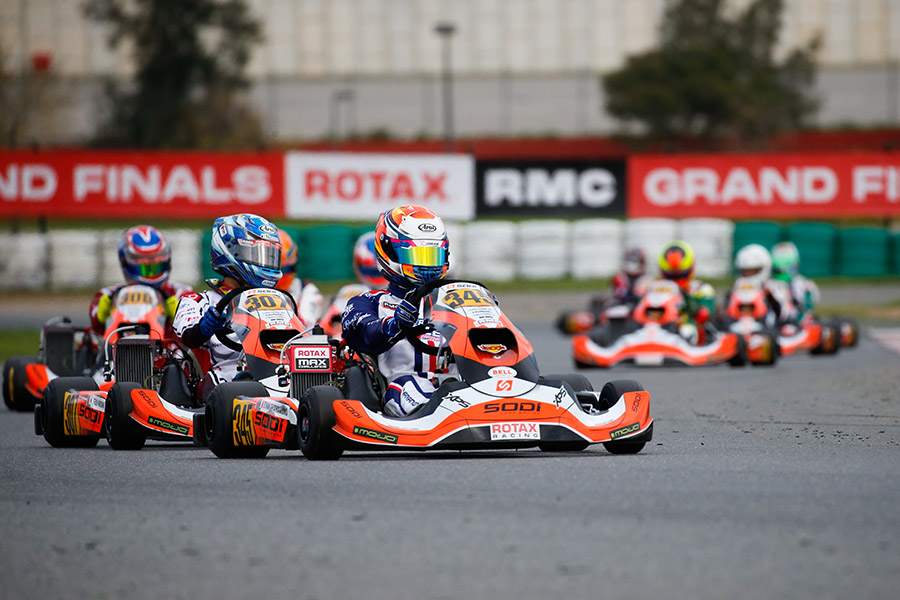 With the sunshine in the skies in the morning, we saw the last Qualifying Practice of Junior MAX, Senior MAX and DD2 before the first heats started after the lunch break. Temperatures reached up about 21 degrees Celsius at lunchtime, despite the rain trying to impose its stamp once again throughout the day but not prevailing in the end.

Don’t miss out on any of the action via our Live Stream, along with our Live Studio from the KIA in Portimão, and we will also keep you all informed with the latest action and news at this impressive venue in the Algarve with our Daily Reports, our Social Media channels and our YouTube Channel. 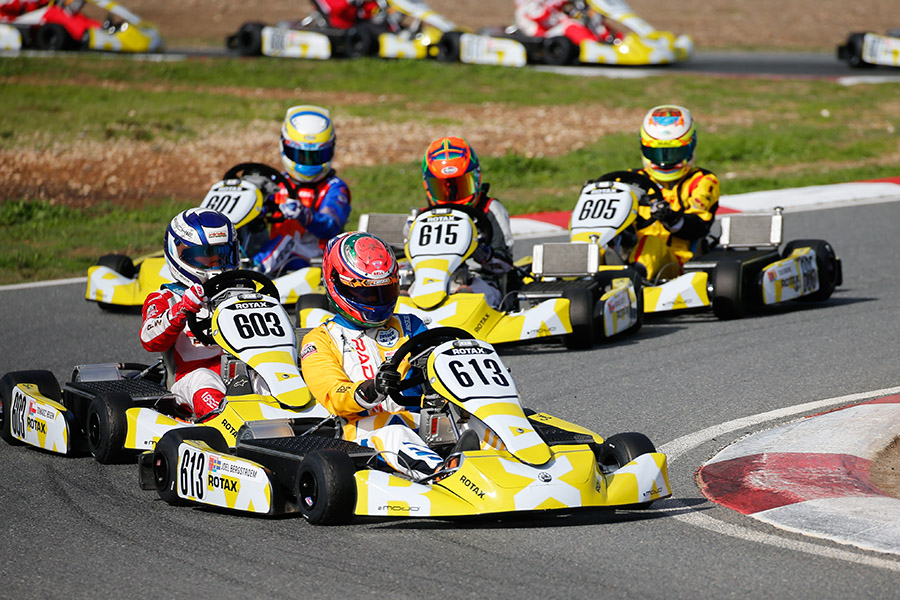 E20 Junior:
Qualfiying Heat 1 would be won on the road by Slovakia’s Michal Soltys, but the #615 would end up being demoted to fifth due to a front fairing, promoting Sweden’s Joel Bergstrom (#613) to the victory, having initially started from pole position. Ibsen would take second just 0.645 behind with Daems third and Thijs Stevens (#601 – NED) fourth. Five other drivers would receive front fairing penalties, which significantly shook up the official result.

E20 Senior:
In the first Qualifying heat, it was Sweden’s Jesper Sjoeberg (#706) that was able to defend his lead right up to the end of the eight laps, despite having pressure from Njeim in the dying stages, who was able to close to within 0.435 seconds, having moved up from fourth. Vargas would end up third, in front of Luca Koester (#711 – GER) and Dowler completing the top five.

Even with a great start in the first couple of laps for Japan’s Shota Kitazona (#709), he would have an issue with the safety switch coming loose that caused the kart to stop in its track. Chinese Taipei’s Chen Han Lin would finish sixth on the road, but would end up down in 13th after two post-race penalties, as Jose Hurtado from Chile would be excluded post-race for being underweight. 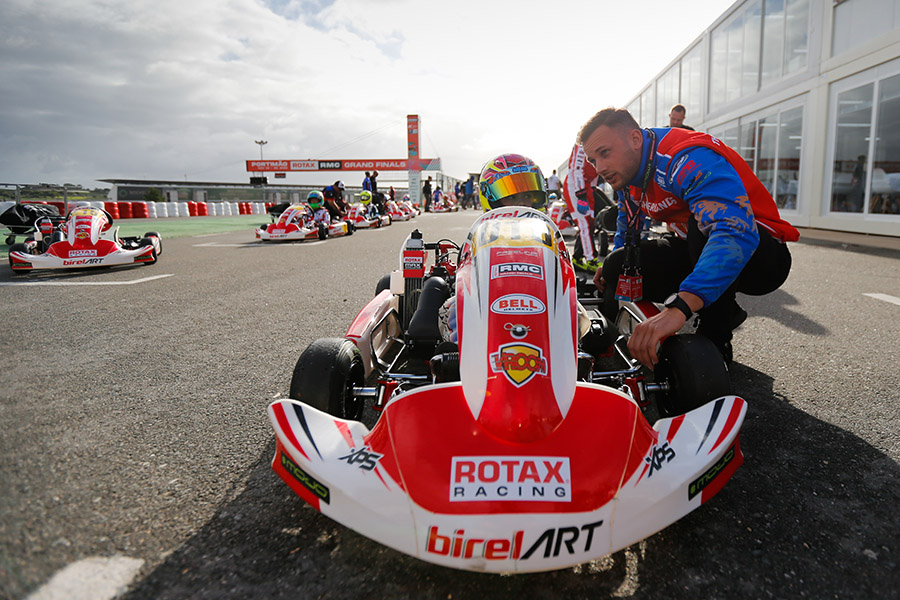 Micro MAX:
It would be a close-quarter affair for the first Qualifying Heat, as Lithuania’s Majus Mazinas (#22) would take the win by a mere 0.094 seconds from Great Britain’s Jenson Chalk (#18), with Marco Manson (#9 – NZL) rounding out the top three. The race saw some great overtaking where the top 17 drivers were covered by just under 10.5 seconds at the end of six laps, with Marques and Finland’s Oiva Vettenranta (#5) completing the top five.

Great Britain’s Jacob Ashcroft (#122) made his way to win Qualifying Heat 1 C+D, in front of Denmark’s Casper Nissen (#111) by 0.477 seconds, with Latvia’s Toms Strele (#133) rounding out the top three. Johnson was fourth, whilst Rasmus Koskinen from Finland (#107) taking fifth. 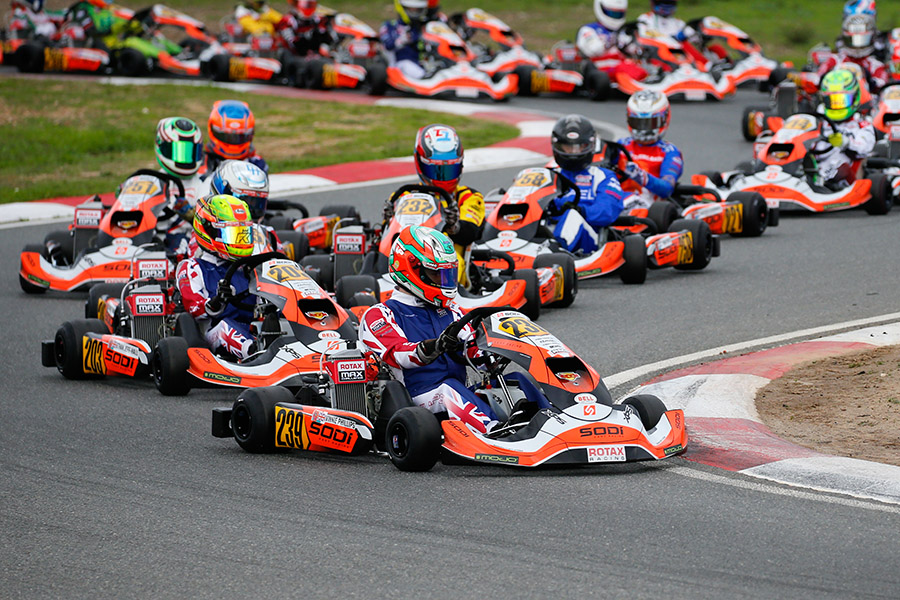 It would be a British 1-2-3 in Qualifying Heat 1 A+B, as Phillips would sprint away after an initial close-fought battle to win by 1.718 seconds, in front of Hart and Ethan Jeff-Hall. Mathis Carnejac from France would be behind the latter pair, ending up finishing in front of the USA’s Cooper Oclair (#233).

Butcher would then go on to win Qualifying Heat 1 A+B by just over a second ahead of Finland’s Miska Kaskinen (#312)m with Gilbert a further eight tenths adrift in third place. Janne Stiak from Germany would initially finish fourth, but was bumped down to 12th after he was deemed at fault for an incident with Hunter. Pole sitter Pharamond would be promoted, with Japan’s Fuji Kishi (#307) completing the top five.

Rillaerts would show strong racecraft to go from fifth to win Qualifying Heat 1 C+D by 1.120 seconds ahead of the Netherlands’ Joep Breedveld (#323), with Kovacs taking third just under a tenth and a half further back. Nolan Lemeray from France (#332), Australia’s Harrison Hoey (#361) and Brazil’s Eduardo Barrichello (#346) would complete the top six, with the top five covered by just 1.665 seconds.

DD2:
Belgium’s Glenn Van Parijs would be the one to make it count during Qualifying as the #471 would be the fastest in odds, posting a 58.512, as Kimber would be fastest in the evens, but was unable to improve on his final lap of the session. Maslakiewicz would be third overall, ahead of Jakub Bezel (#456 – CZE), Xen De Ruwe (#413 – SLO), Petr Bezel, Nicolas Picot (#417 – FRA), Moitzi, Akmens and the Netherlands’ Kris Haanen (#472).
Kimber would draw first blood in Qualifying Heat 1 A+ B, taking the win ahead of Van Parijs by 2.060 seconds, with Akmens third. Petr Bezel and Kris Haanen (#472 – NED) would complete the top five, with the top 17 rounded out by Chile’s Max Jaeger (#431) separated by only 9.626 seconds.
Jakub Bezel would win Qualifying Heat 1 C+D, having fought hard against the likes of Maslakiewicz, Moitzi and Barbaroux after 10 laps, with the Czech driving winning by a margin of 0.426 seconds. Colombia’s Juan Jose Diaz Rodriguez (#445) would complete the top five, finishing ahead of Ragnar Veerus from Estonia (#403), with the top 20 drivers covered by only 9.962 seconds. There were also some great movers up the order including Lucas Pernod from Canada (#440), Estonia’s Devin Sagadi (#470) and France’s Paolo Besancenez (#441), with the latter starting last and ending up 15th. 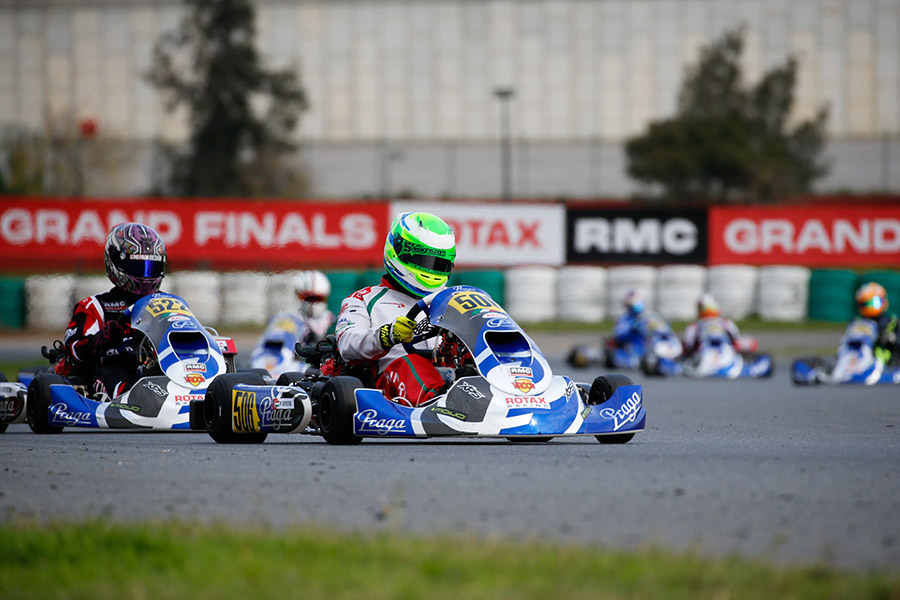 DD2 Masters:
Italy’s Claudio Pagliarani (#513) would ensure that he would get the momentum into his favour, as he would initially win the first Qualifying Heat of the event, finishing ahead of pole sitter Paul Louveau (#518 – FRA), who would later inherit the win after the former got a tramline and front fairing penalty totalling eight seconds.

Latvia’s Kristaps Gasparovics (#533) and Lithuania’s Martynas Tankevicius (#519) rounded out a close top three that were separated by just over half a second. Brazil’s Fernando Guzzi (#524) and Derek Wang (#523 – USA). Several drivers including South Africa’s Eugene Britz (#501), Switzerland’s Michael Hitchcock (#508) and Australia’s Troy Bretherton (#532) would make up over 10 places each during proceedings.