After several very useful Free Practice sessions to learn about the equipment, distributed by lottery, and the Portimao circuit, the official Qualifying Practice of the Rotax Max Challenge Grand Finale 2022 started for four of the seven scheduled categories. The clouds played hide and seek during this important day, complicating the role of the drivers and the work of their respective teams a little more.

Overall, the Team France drivers handled the changing conditions quite well. In the middle of the afternoon, the E20 category (electric karts) was able to enjoy a dry track. Eric Le Moine, a Senior driver, set the 7th fastest time, 4 tenths off the pole position. However, the Norman driver hopes to improve this position during the Qualifying Heats. 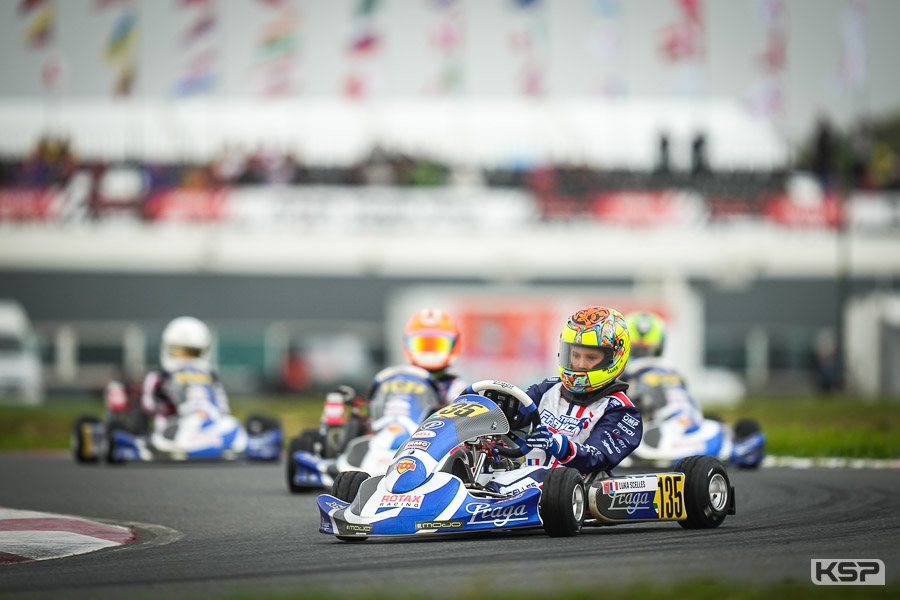 The rain then appeared and the Mini Max drivers started on rain tyres. In Group 1, Luka Scelles showed his ease on the slippery track by setting the 2nd fastest time, while Louis Baziret had to be satisfied with 14th place. In Group 2, Aloïs Girardet and Thomas Pradier finished in 7th and 8th positions respectively, separated by only 2 thousandths! When the two groups were added together, Girardet was 13th, Pradier 15th and Baziret 26th. Luka Scelles was demoted to last position due to a disqualification (non-conformity of the exhaust). 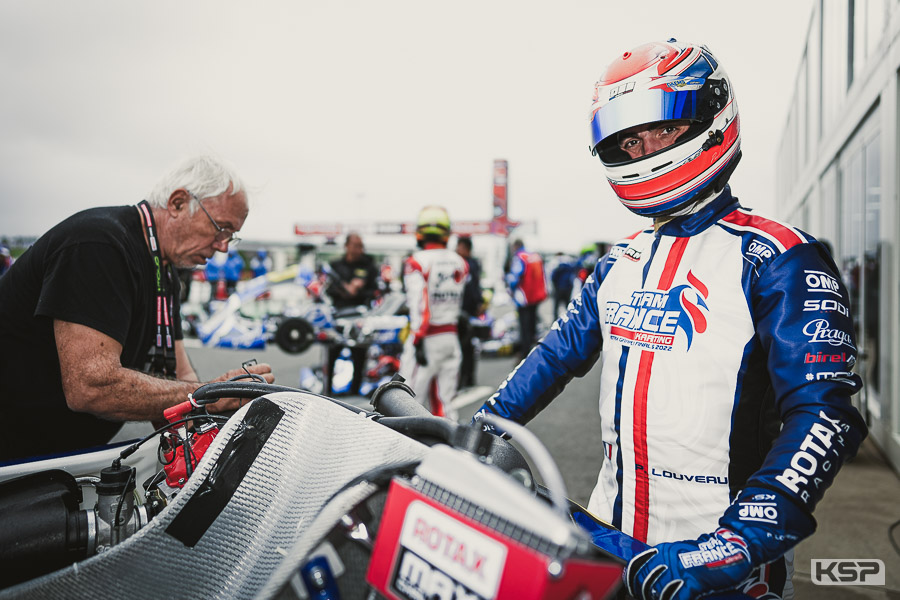 The day ended with a sensational pole position for Paul Louveau in Rotax DD2 Master. The winner of the BNL series perfectly exploited the wet conditions and relegated his closest opponent by almost three tenths!

In the other categories, Nicolas Picot, Antoine Barbaroux and Hugo Croquison were frequently among the fastest in Rotax DD2. Paolo Besancenez is improving with each session, but the 2018 event winner was still not satisfied with his performance level.

In Rotax Senior, the drivers were not able to work in optimal conditions, often finding themselves facing changing weather. However, Nolan Lemeray certainly seems to be in the right rhythm and Ethan Pharamond has had his ups and downs. Michael Dauphin is more comfortable in the rain than in the dry, while Mathis Parlant still needs to move up in the hierarchy.

The standard is very high in Rotax Junior! The four Frenchmen racing had a fruitful day on Monday, with in particular a fastest time for Mathis Carnejac in his session under the rain. But the competition woke up. Louis Iglesias, Hugo Martiniello and Mathis Carnejac had more difficulties. More at ease, Maxence Bouvier set the 2nd fastest time of his group in the morning on the dry, before falling to 13th at the beginning of the afternoon.