The critical moment of the heavy rain of the opening day of the WSK Final Cup in Sarno is a distant memory. The International Circuit Napoli of Sarno was blessed with good weather during the second day dedicated to the qualifying heats that have been run regularly. 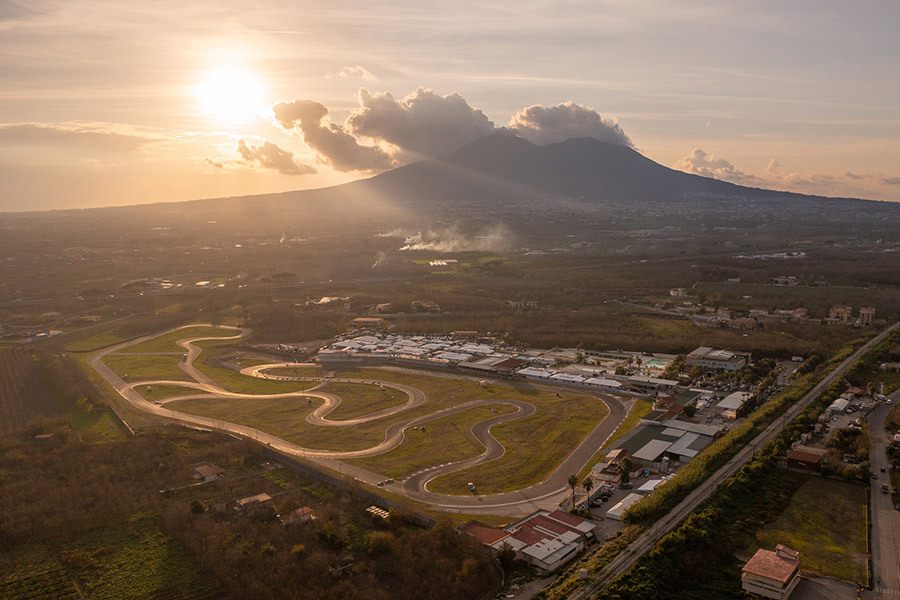 The drivers coming from 46 different countries gave their best despite some rain drops fell on the 1550 meters of the circuit located in the region Campania. The heats were run regularly on Saturday and only MINI and OKJ will end their qualifying heats on Sunday morning due to the bad weather on Friday that shifted part of the program.

In Sarno the four categories KZ2, OK, OKJ and Mini made it onto the track with the main protagonists that are ready to get a first idea of the pecking order ahead of the second and closing round of the WSK Final Cup that will take award all the titles in Lonato next weekend.

The results of the heats.
KZ2 – Denner puts his name forward, but 4 drivers can aim to the win.
In KZ2 the French Emilien Denner (CPB Sport/Sodikart-TM Racing-Vega), after posting the pole position and winning the first heat on Friday, kept his momentum on Saturday in the second heat, but in the third he had to give way to the two Italians Cristian Bertuca (BirelART Racing/BirelART-TM Racing) and his teammate Giuseppe Palomba, who locked out the top two. Denner ended third but kept the lead of the provisional standings from Palomba. The fight for the win also includes Denner’s teammate from Holland Senna Van Walstijn, who is currently third.
Classification after the heats, KZ2: 1. Denner penalties 3; 2. Palomba pen. 7; 3. Van Walstijn pen. 9; 4. Bertuca pen. 12; 5. Ekelchik pen. 13; 6. Nomblot pen. 16; 7. Rousseau pen. 25; 8. Putiatin pen. 27. 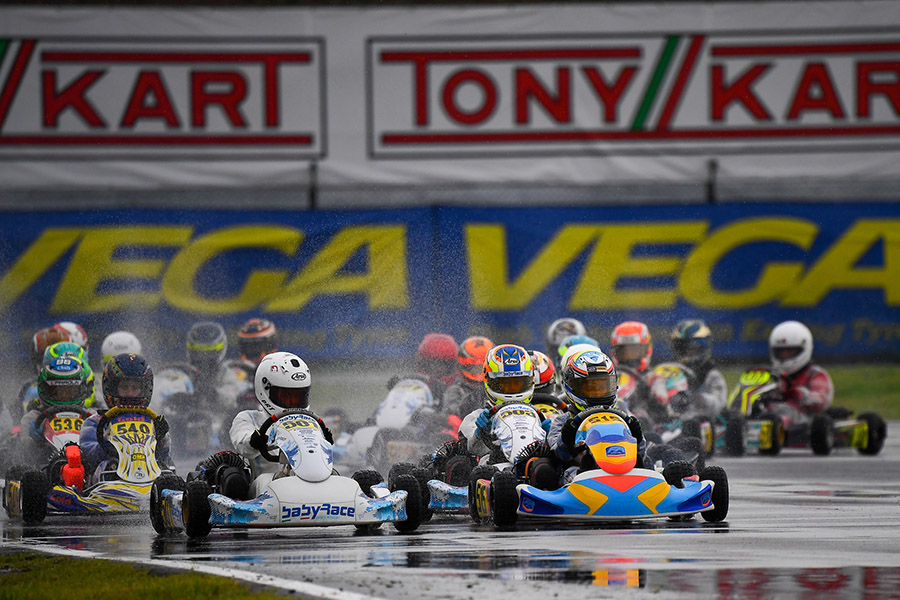 MINI – Zulfikari confirms himself on top. Sala and Ivannikov follow.
MINI, after completing three heats on Friday, run 9 more heats on Saturday. The Turkish driver Iskender Zulfikari (BabyRace Driver Academy/Parolin-Iame-Vega) came out of the 12 heats run so far as the best. He claimed the pole position in qualifying practice and won all his four heats. Zulfikari is chased by Filippo Sala (Team Driver/KR-Iame), who won 3 heats and Vladimir Ivannikov (Gamoto/EKS-TM Racing) with 2 wins. The fight among the 76 drivers from 26 countries is going to be intense also in the closing 3 heats to be run on Sunday morning
Classification after the heats, MINI: 1. Zulfikari penalties 0; 2. Sala pen. 5; 3. Ivannikov pen. 12; 4. Ociepa pen. 13; 5. Calleja pen. 13; 6. Rousseau pen. 19; 7. Cosma-Crtistofor pen. 21; 8. Gryc pen. 22.

OKJ – Costa and Aksoy equal on points in the heats.
OK Junior will end heats on Sunday morning and the situation is quite open still. In total, 7 drivers won the 8 heats run so far. These were the Brazilian Miguel Costa (Sauber Academy/KR-Iame-Vega), who won one heat and is leading the provisional standings equal on points with the Turkish driver Hasan Aksoy Alp (Tony kart Racing Team/Tony Kart-Vortex), who is the only one that secured two wins. The Italian Emanuele Olivieri (IPK Official Team/IPK-TM Racing) won one heat and is currently standing third. The French driver Andy Consani (Shamick/Parolin-TM Racing) has been quite unlucky and had to retire in the closing heat after posting the pole position yesterday.
Classification after the heats, OKJ: 1. Costa penalties 7; 2. Aksoy pen. 7; 3. Olivieri pen. 10; 4. Drummond pen. 12; 5. Schaufler pen. 16; 6. Martinese pen. 16; 7. Bogunovic pen. 18; 8. Cosma-Cristofor pen. 19.