For the European Rotax elite and many competitors travelling from abroad, a big event is coming up next weekend. In Genk, Belgium, the Rotax MAX Challenge Euro Golden Trophy is a top-class individual event under the banner of the international Rotax racing series – the RMCET. More than 200 drivers from all over the world have submitted their entries to compete for the last tickets for the RMC Grand Finals 2022. 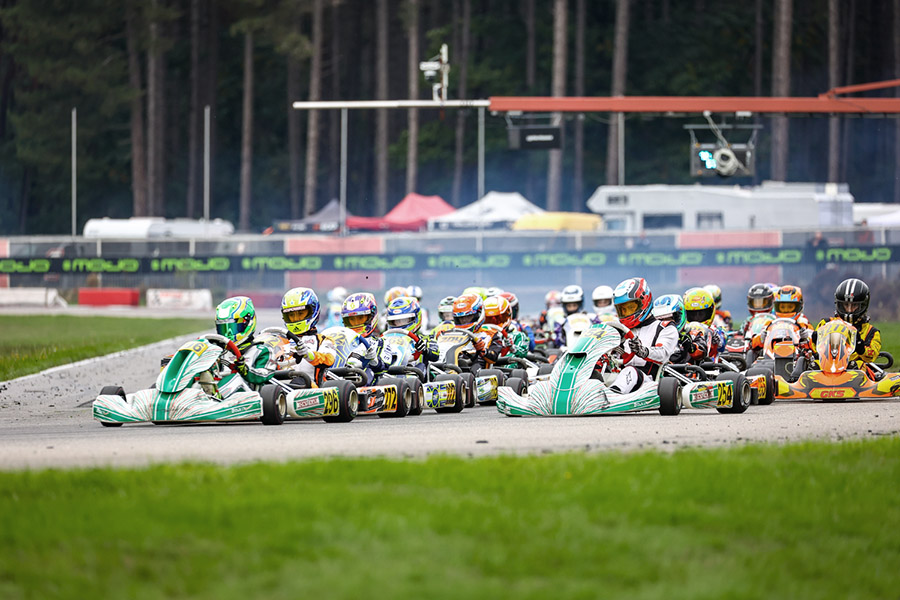 After the Rotax MAX Challenge Euro Trophy celebrated its season finale in mid-September in Wackersdorf, Germany, the renowned championship has yet another highlight up its sleeve. The organizers are continuing the successful concept of last year’s RMC Euro Golden Trophy and are offering numerous drivers a challenging platform with a final race in Genk. From November 4th to 6th, the 1,360-meter-long circuit in Genk will see the competition really heat up.
The large driver contingent with over 200 participants is divided into five Rotax categories on the demanding track in Belgium. Almost 50 names on the entry list in each of the Mini MAX and Junior MAX classes promises a lot of racing action. The spearhead is the Senior MAX ranking with a total of 70 entries.

Good results are richly rewarded at the RMC Euro Golden Trophy! The most successful drivers from the Mini, Junior and DD2 classes will each receive their ticket to participate at the Grand Finals in Portimao, Portugal, where the world’s best Rotax kart drivers will compete against each other from November 19th to 26th.

In addition, the podium candidates in the various categories will be awarded terrific prizes, including free entry for selected races of the RMC Euro Trophy and the BNL Karting Series in the 2023 season.

The engines will be revving in Genk as early as Wednesday this week. After two official days of open practice, things get much more serious for the first time in the official timed qualifying sessions Friday afternoon. The qualifying races on Saturday will be followed by the finals for the best-placed drivers on Sunday. The event can be followed online via live timing and livestream at www.rotaxmaxchallenge-eurotrophy.com and also using the Rotax Global App (free to download on the App Store or Google Play). Follow the @rotaxmaxeurotrophy social media channels for all the latest news throughout the weekend.