In mid-September, the German Kart Championship selected its champions for 2022, and now the championship is looking ahead to the coming season. Five events are again planned in Germany, Belgium and Italy. In addition, there will be a special event to prepare for the World Championship. 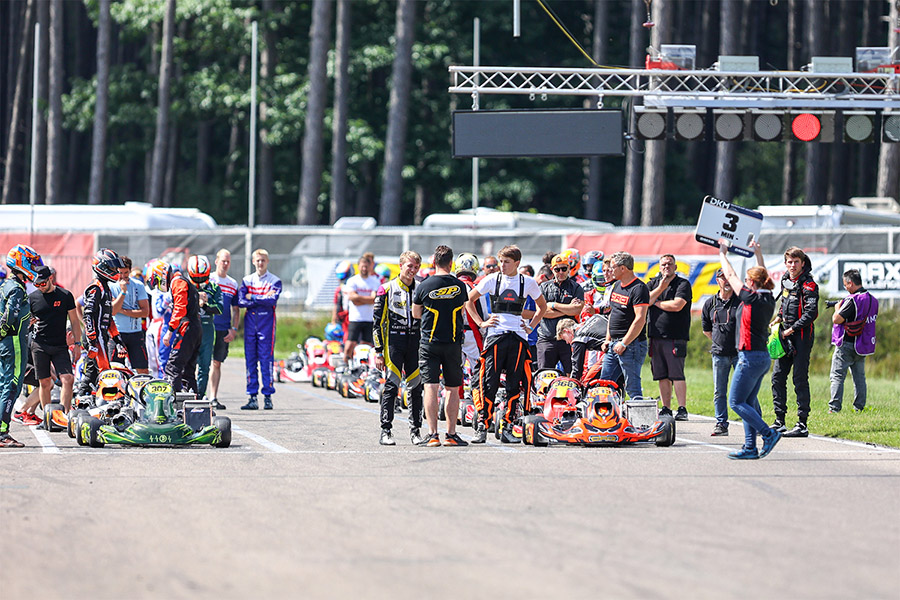 Maxim Rehm (DKM), Jens Treur (DJKM), Jorrit Pex (DSKM) and Christiaan de Kleijn (DSKC) are the champions of this year’s DKM season. But who will follow in their footsteps in 2023? The German Kart Championship has now set the calendar. In 2023, the championship will again comprise five race weekends at the best racetracks in Germany and neighbouring countries.

After the starting signal was given at the Erftlandring in Kerpen in previous years, the new season will begin at the Arena E in Mülsen in 2023. From 21-23 April, the first decisions of the year will be made at the racetrack in Saxony. After that, the bunch travels on to Genk in Belgium. The international top circuit welcomes the drivers of the predicate series from 26-28 May.

At the end of August (25-27 August), the mid-season event will be held in Wackersdorf. The Prokart Raceland offers an international flair two weeks before the Shifter-Kart World Championship and at the same time crowns the half-time champions. New territory awaits at the Erftlandring in Kerpen – the traditional racetrack will be modernised in the coming months. The first title decisions can already be made at the fourth championship round from 22-24 September. The final is planned for one week after the World Championships in Italy from 13-15 October. However, final approval for this is still pending.

The organisers are sticking to the actual programme. Four classes will be offered in 2023 as well. The KZ2 class will be divided into the DSKM and DSKC categories. Analogous to the rookie classification in the DJKM and DKM, a new Masters classification will be hosted for the two shifter kart classes.

“We are looking forward to 2023 and are ready for a thrilling 62nd season of the DKM. Times are not easy at the moment, but we are still convinced that our championship offers the drivers and teams a good basis. The calendar planning was again very challenging, but we managed to avoid overlaps. In the coming weeks, we will continue to work on the programme, and we are sure that we will present some innovations,” says DKM series coordinator Stefan Wagner, looking forward to the new season with great anticipation.

Online registration will start as usual in January on the website www.kart-dm.de.

In addition to the five DKM races, the team is also organising the Road to Wackersdorf this year. From 20-23 July, the event will be the final rehearsal for the World Karting Championship. The KZ, KZ2 and KZ2 Masters classes are announced. The schedule and the technical regulations are based on those of the FIA Kart World Championship.

The opener of WSK Final Cup in Sarno