2008: Ocon and Gasly already neck and neck in karting 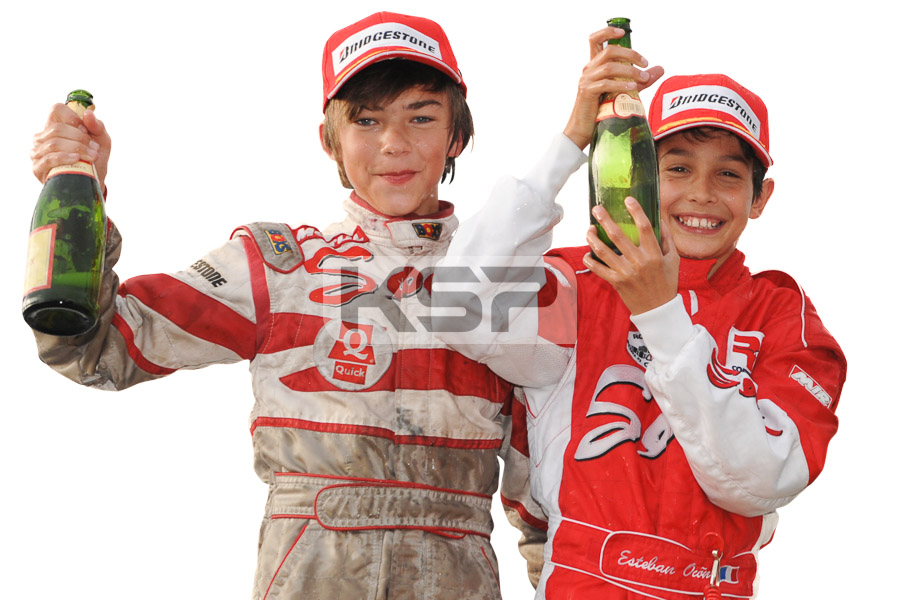 14 years ago, the 2008 French Cadet Championship ended on the Soucy circuit, south of Paris. In the final, Esteban Ocon (11 years old) and Pierre Gasly (12 years old) fought for victory on their Sodi chassis. After a great duel at the end of the race, Ocon won and took his second French Championship title, while Gasly joined him on the second step of the podium. This historic moment takes on its full value as Pierre Gasly has just been announced alongside Esteban Ocon in the BWT Alpine F1 team from 2023!

It should be noted that Anthoine Hubert, also driving a Sodi, climbed that day from 24th to 7th position and became vice-champion. The same weekend, Charles Leclerc (10 years old) won the Minime final at the wheel of a Sodi to take second place in the French Championship for the category.

KSP Photo Agency was on hand to immortalise the performances of these young talents in the making. You can find Esteban’s photos here and Pierre’s here, as well as Anthoine Hubert and  Charles Leclerc. The results are available on www.kartcom.com, as well as the report of the event (in French).