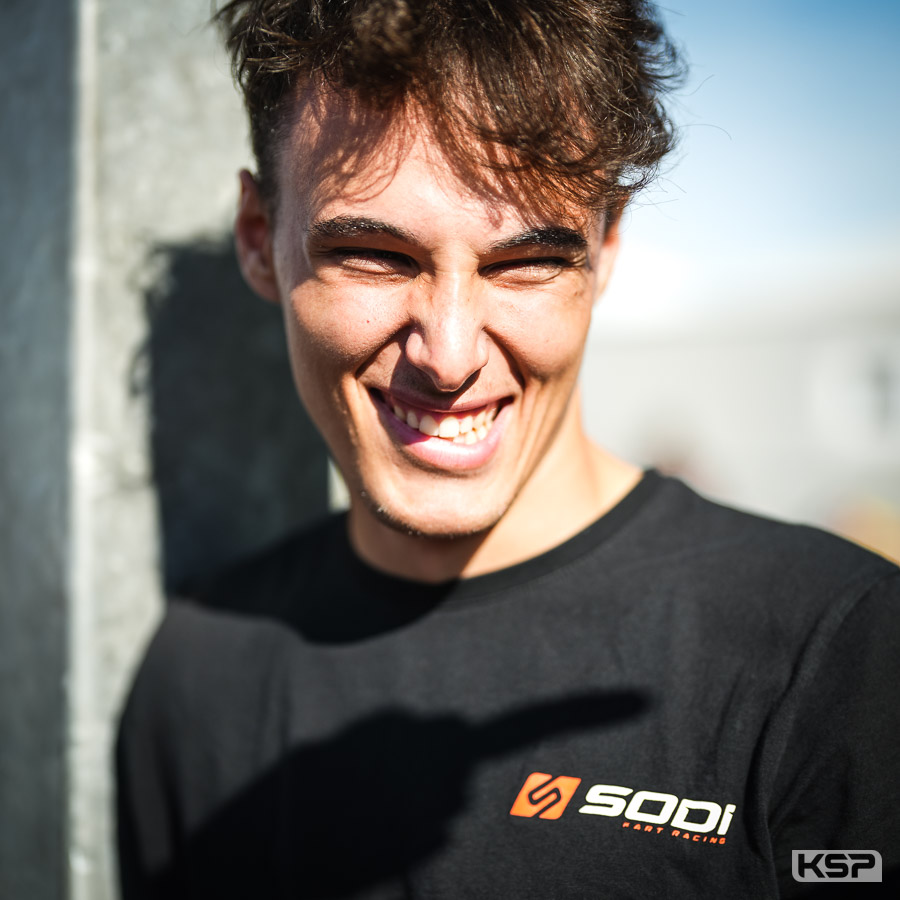 Émilien Denner (Sodi/TM) did not give in, winning all three Qualifying Heats of the WSK Open Cup in Lonato. We knew he was fast in the rain, but he also confirmed his potential in the dry on Saturday. The gap with his rivals was widened as Giuseppe Palomba (Birel ART/TM) was 2nd with 10 points ahead of Jérémy Iglesias (CRG/TM) in 3rd with 11 points. David Trefilov (Maranello/TM) made a great comeback on slicks with two 2nd places on Saturday while Viktor Gusfasson (CRG/TM) regained eight places in 5th position against his team-mate Paavo Tonteri (CRG/TM). Daniel Stell (KR/Iame) was 7th (+4) and Daniel Vasile (DR/Modena) 9th (+10). Slavik Putiatin (Intrepid/TM) kept his 8th position. Thomas Imbourg (Sodi/TM) managed to stay in the top 10 despite some setbacks.